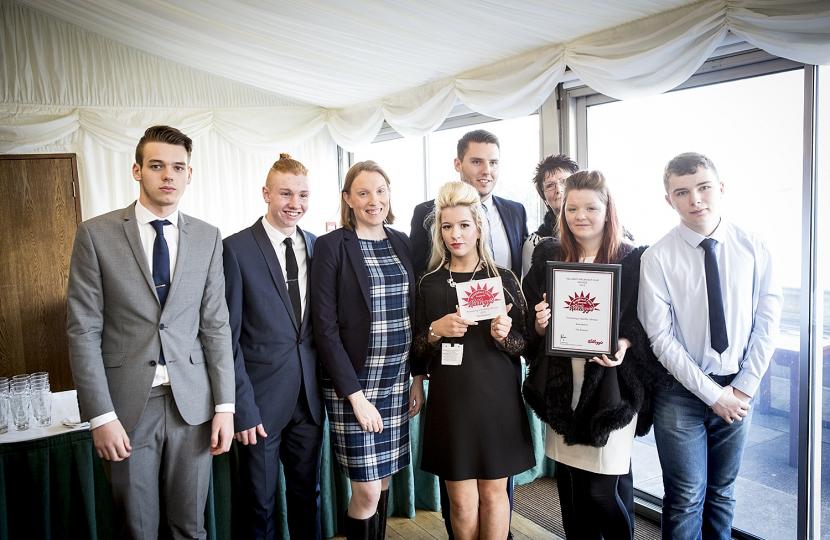 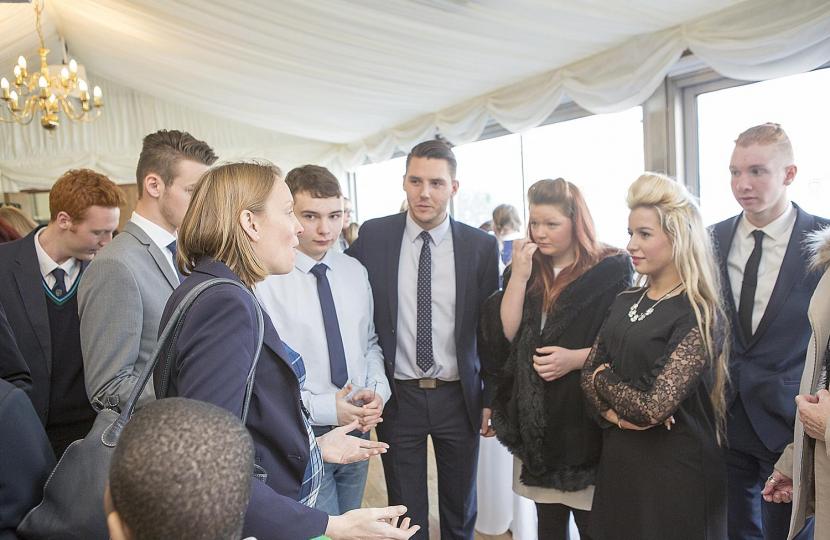 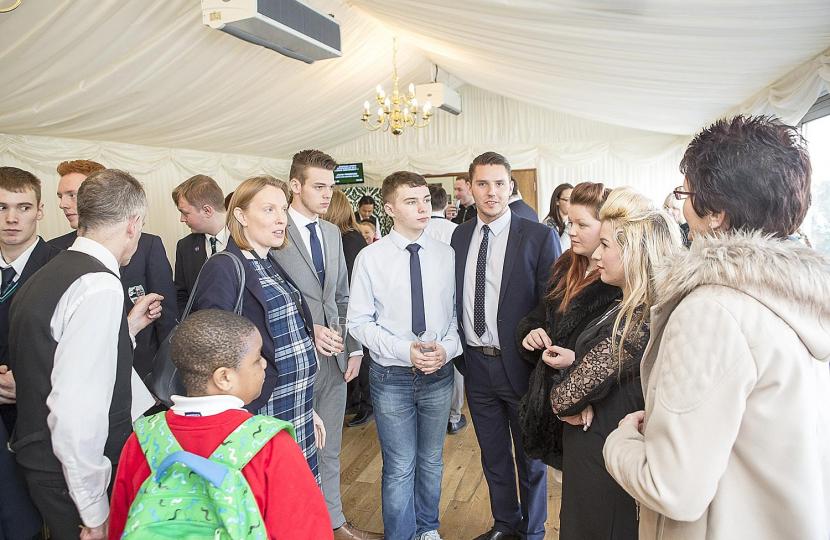 This week Tracey welcomed the Rowans Pupil Referral Unit and it’s pupils to Parliament for the Kellogg’s Breakfast Club Awards.

The Rowans Pupil Referral Unit in Chatham were awarded a prestigious national trophy for its Breakfast Club. The school won the award for the best club for encouraging a healthy lifestyle.

Tracey joined staff and students from The Rowans Pupil Referral Unit on Tuesday as they attended the Kellogg’s Breakfast Club Awards ceremony at the Houses of Parliament. They were presented with their award by Sharon Hodgson MP, Chair of the School Food All Party Parliamentary Group.

The breakfast club was chosen as the winner of the £1,500 prize after the panel of judges was impressed by how a focus on health and nutrition in breakfast meals was changing pupils’ behaviour for the better.

Tracey said: “I am delighted that The Rowans Pupil Referral Unit has won the award for the best club for encouraging a healthy lifestyle. It is vital that our schools not only provide balanced and healthy meals for its students, but also that they are encouraging them to make healthy choices throughout the week. It was fantastic to welcome the School to Parliament and present them with their well-deserved award.”

Headteacher Caron Johnson said: “We’re so grateful to win this award and we were especially delighted to attend the ceremony at the Houses of Parliament. It was a once-in-a-lifetime opportunity and something that The Rowans will always remember.”

The prize money will be used towards buying a smoothie maker and a wide variety of healthy produce.

Kellogg’s, whose breakfast club programme began 17 years ago, supports 2,500 breakfast clubs across the UK with training, cereal donations and funding so that schools can run a sustainable pre-school club.

Over 500 schools from across the UK entered the Kellogg’s Breakfast Club Awards. The awards were open to all breakfast clubs, not just the 2,500 clubs across the UK supported by Kellogg’s.

If any schools would like information on how to apply for training or funding for breakfast club support, it can be found here.