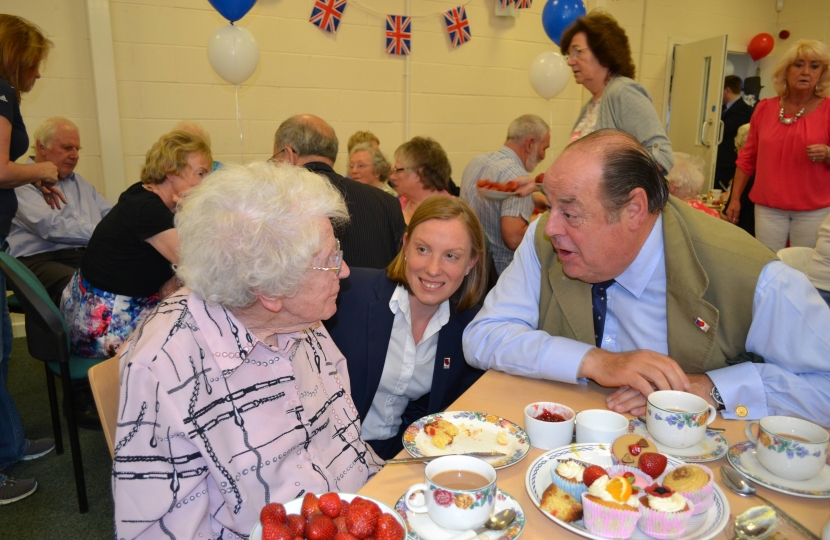 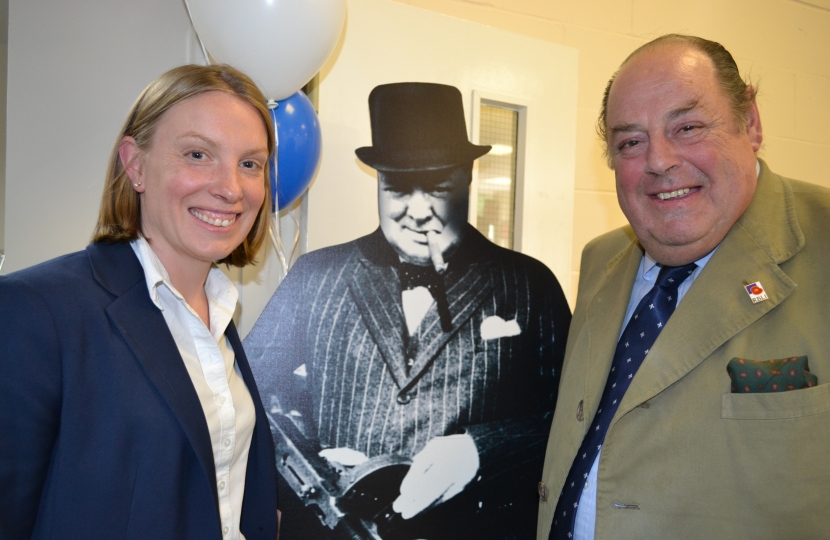 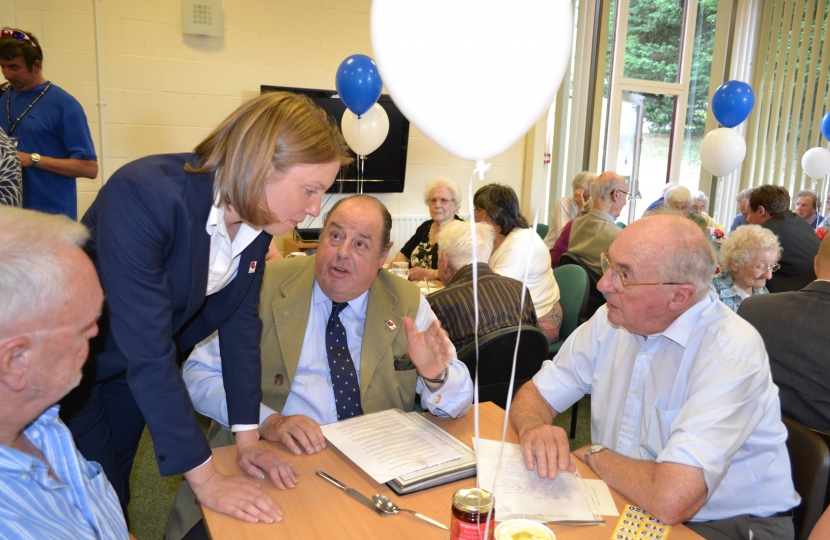 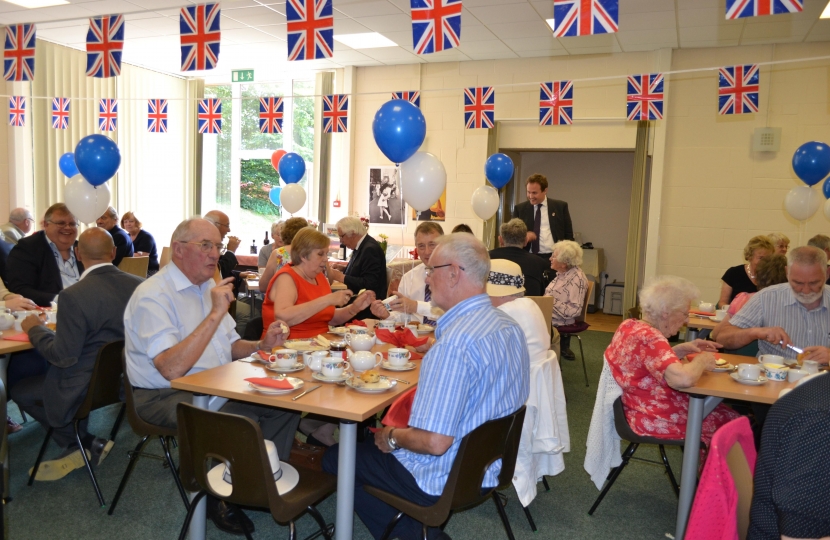 It is with great pleasure that Tracey welcomed Rt Hon Sir Nicholas MP to the Royal British Legion Village in Aylesford for a delightful afternoon tea and reflections on his grandfather, war time Prime Minister Winston Churchill. The event was organised as part of the Centenary Celebrations to mark the First World War, the impact of which is still felt around the world today. The event was extremely well attended and all funds raised from ticket sales will be put towards the Garden of Honour that the centre are fundraising for.

Our honoured guests were a very special group indeed… Tracey’s Chatham & Aylesford Association teamed up with Tonbridge & Malling Association and Prospective Parliamentary Candidate for Tonbridge and Malling Tom Tugendhat, working together to arrange this event, and had invited (free of charge) over 200 constituents who were born during or before WWI.

Tracey and Sir Nicholas spent the afternoon talking to many of the veterans who live in the Royal British Legion Village and beyond. They also spoke with a number of sisters and widows of servicemen killed in World War II who spoke of their memories of living through the war, reflecting on the emotions and impact of living through this devastating time.

Nicholas spent some time sat at every table looking at old records and family documentation from loved ones who had served in the Second World War. He then addressed the room with some reflections of growing up in Chartwell and his memories of the words his Grandfather had shared with him about that time.

The real star of the show, however, was Mrs Freda McGregor – who proudly announced that she was 103 years of age. She was born in 1910 – and she remembers the celebrations at the end of the war. She was as sharp as a button, ate everything in front of her – and even took home a “doggy bag” as “at 103 I don’t do much baking now”.

There were a lot of cakes, endless cups of tea, strawberries (locally sourced from the lady who supplies Wimbledon, Hugh Lowe Farms) and many many memories and reflections. Many local businesses, including Waitrose, Tesco also donated scones, clotted cream, cakes and fresh strawberries. Former Association President, Cllr Peter Homewood, personally covered the cost of printing and posting the 200 invitations.

As well as raising enough money to provide a free afternoon tea for all our guests, we were also able to donate £1000 to Royal British Legion Industries for the WWI Memorial Gardens.

Stephen Kingsman, Vice Chairman of RBLI said ‘The Garden of Honour in the Royal British Legion Village in Aylesford, is not just a project for the WW1 Centenary, but will become a special place for events of local and national significance for years to come.’

Tracey said ‘A wonderful afternoon and all for a brilliant cause.’