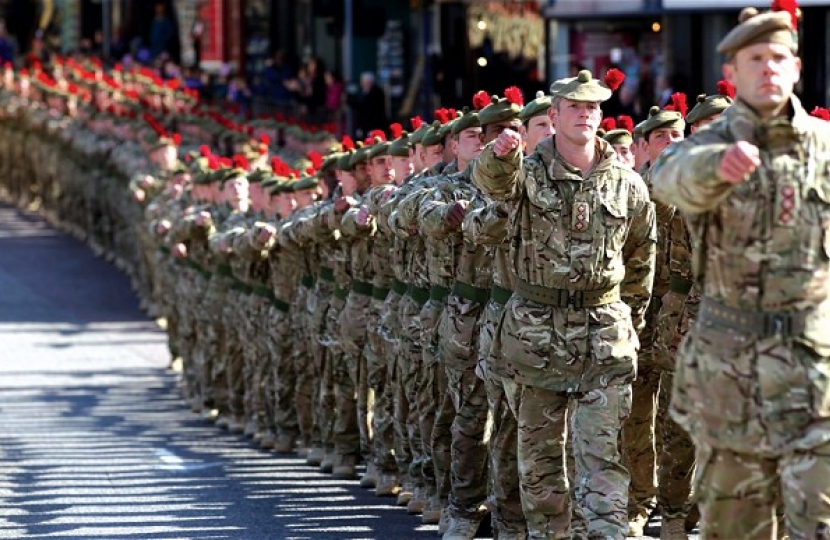 The government has announced that more causes and charities supporting the armed forces community are to benefit from the latest tranche of funding from the £35 million Armed forces covenant (LIBOR) fund.

Sixteen armed forces charities and good causes are sharing almost £2.5 million in the latest allocation of the fines levied on banks for attempting to manipulate the London Interbank Offered Rate (LIBOR) benchmark.

This latest announcement means over £9 million has been given to Armed Forces good causes through the 49 charities that have secured funding.

The projects announced today will benefit the whole armed forces community, including those currently serving, veterans and families. The charities cover a diverse range of causes and will have an impact across the country.

The government is using money from the LIBOR fines, imposed on banks for misdemeanours in the financial markets, to support those who demonstrate the best of British values.

The Chancellor to the Exchequer, George Osborne, said

“I am delighted that we have been able to provide this support to the armed forces charities, those that demonstrate the best of British values. It is right that these fines, levied on banks for manipulating the LIBOR rates, will be used to provide those serving, veterans and their families with the support they need.”

Royal British Legion Industries, based in Aylesford, will receive £241,000 to deliver their LifeWorks for Families programme which will help Armed Forces spouses to understand the skills they have and build their confidence to sell those skills to an employer.