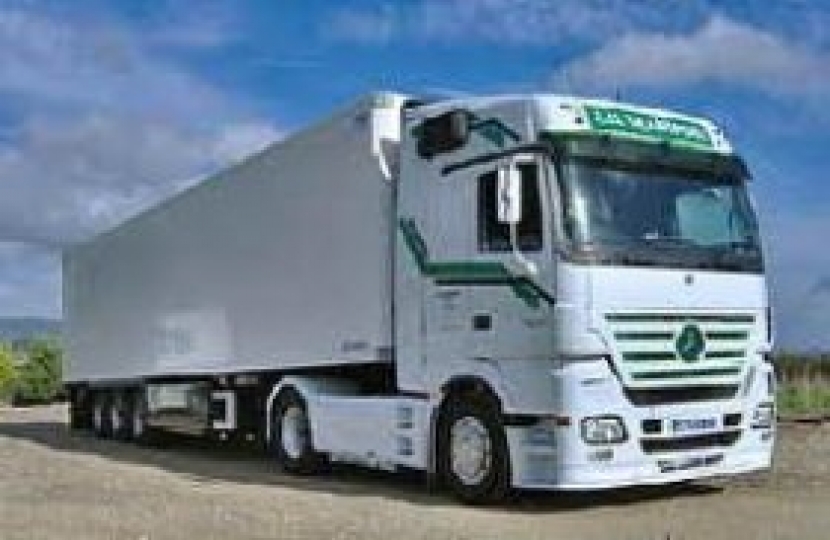 The Government has brought before the House of Commons the HGV Road User Levy Bill, which will introduce charges for all HGVs weighing 12 tonnes and over for using the UK road network from April 2014.

The Bill fulfils a commitment made in the Coalition Agreement and is designed to remove the inequality that currently exists, where UK hauliers often pay to use many roads abroad, where as foreign-registered hauliers face no charge for the use of UK roads. All HGVs, including those registered to UK hauliers, weighing over 12 tonnes will face the new charges which will be time-based and vary according to vehicle type, weight and number of axles to ensure that the charge incurred reflects the amount of damage the vehicle causes to the road. UK-based hauliers will have the cost of the charges offset through reductions in their Vehicle Excise Duty (VED) payments.

“The introduction of this Bill is good news for Kent hauliers and the Kent road network. With two major motorways spanning across Kent, connecting the rest of the UK to our busy ports and mainland Europe, we are familiar with the large number of foreign HGVs on our roads. I welcome the Government bringing forward this Bill and for taking action to create a more level-playing field for UK hauliers and for ensuring that foreign HGVs contribute to the maintenance of our roads.”