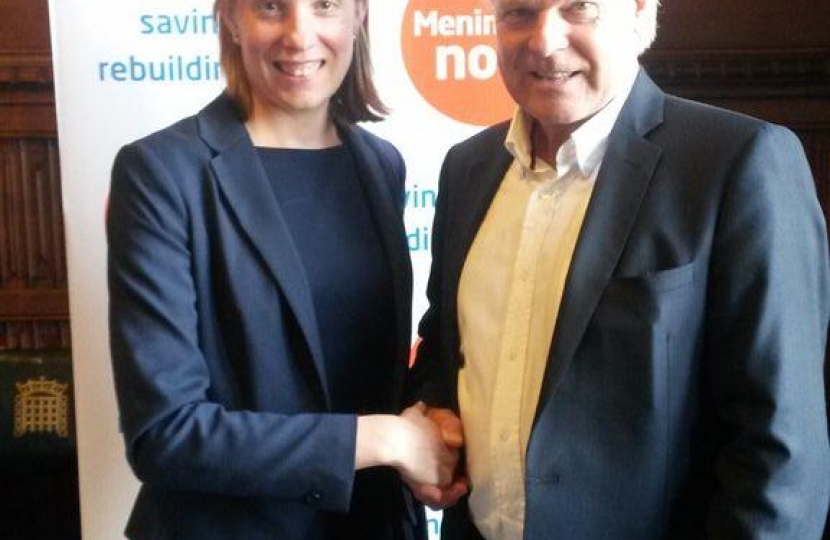 Tracey is calling on the government to publish details of when a new Meningitis B vaccine will be given to all babies on the NHS.

The call comes 100 days (29th June 2014) after the Department of Health announced that the vaccine is being recommended for inclusion in the National Immunisation Programme.

Tracey attended a briefing hosted by UK charity Meningitis Now at the House of Commons last week, to mark the upcoming 100 day anniversary and acknowledge the role MPs played in the Beat it Now! Campaign to bring in the vaccine.

She said: “One of our greatest responsibilities is ensuring that our young people have the healthiest starts to life, which is why I backed the Beat it Now! vaccine campaign.

“We have an opportunity to prevent a disease which kills or maims many in the UK and we need to keep it high on the health agenda.

“We need to ensure the quick introduction of the Meningitis B vaccine and make it available to all babies on the NHS without delay.”

Meningitis Now also used the reception to outline its policy priorities for the coming year, including promoting early diagnosis; funding research into prevention and helping shape national policy on after-care.

MPs met with Meningitis Now founder Steve Dayman MBE, who began the meningitis movement in the UK after losing his son Spencer to the disease in 1982. He said:

“I want to thank Tracey for her continued support with the introduction of the vaccine and for taking time to meet people personally affected by meningitis.”

Meningitis Now launched its campaign to bring in the B vaccine in January 2013. On 21st March this year, Government announced that its vaccine committee – the JCVI – had recommended the vaccine for inclusion in the national immunisation programme, subject to price negotiations with vaccine manufacturer Novartis.

No further detail has been published by the Department of Health on the negotiations, the timetable for introduction or plans for roll-out.

Meningitis Now will continue its Beat it Now! campaign until the vaccine is introduced. Join the campaign at www.MeningitisNow.org/beat-it-now