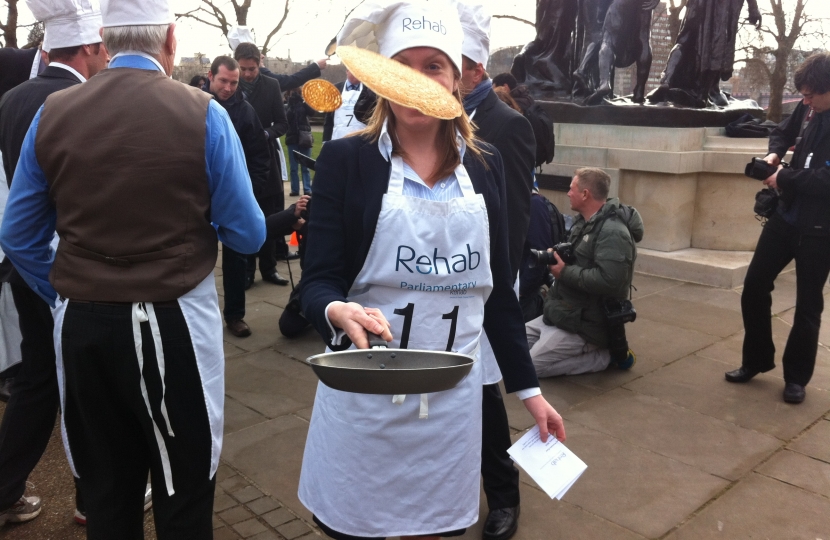 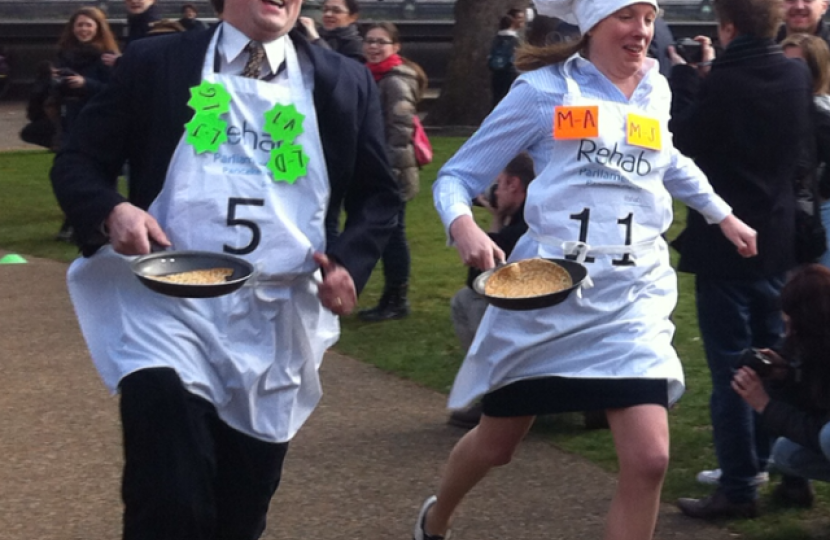 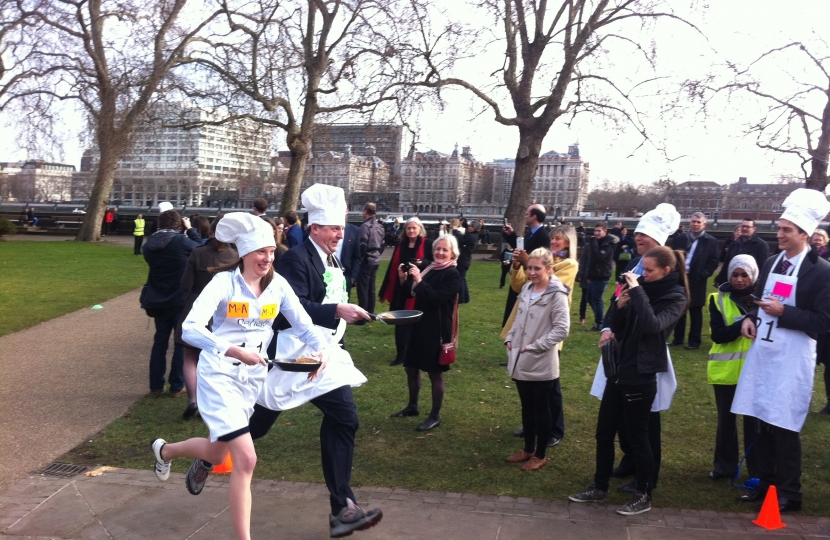 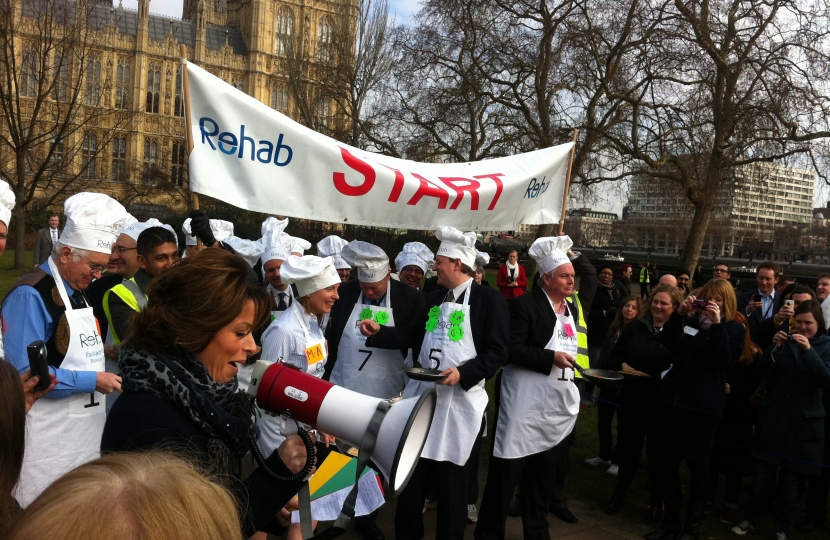 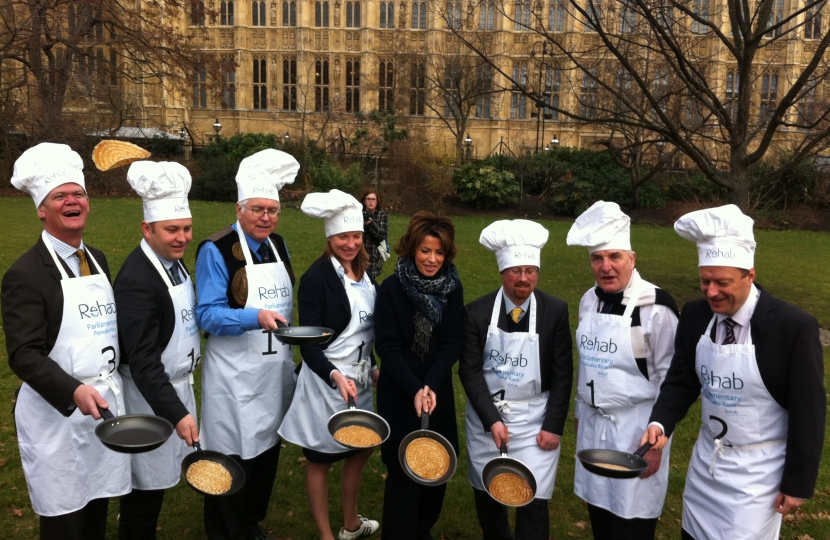 Tracey emerged victorious as she took part in Rehab’s 15th annual Parliamentary Pancake Race. The charitable event, which took place at Victoria Tower Gardens in front of a bumper crowd of spectators, saw cross-party representation on teams of MPs and Lords, who along with a team from the Parliamentary Press Gallery, competed in an exciting relay pancake race.

The event raises valuable funds and awareness of the work undertaken by Rehab, a registered charity, which transforms the lives of people with disabilities and others who are marginalised by enabling them to become more active and independent, play a fuller part in their communities and maximise their potential. Additionally, the charity also supports people who are looking to gain employment through a range of social enterprise and community rehabilitation initiatives.

Despite the cool weather, the race quickly became heated, as decorum was put to one side with the MPs, Lords and media teams showing their competitive spirit as they battled for supremacy in this, the mother of all pancake races. Tracey celebrated the MPs team’s win alongside Stephen Pound (Ealing North), Julian Huppert (Cambridge), Ian Murray (Edinburgh South), Sir Bob Russell (Colchester), Martin Horwood (Cheltenham), Stephen Lloyd (Eastbourne) and Jason McCartney (Colne Valley).

Speaking after the race, Tracey said: “It was definitely a hard-won race. The conditions were tough; the nippy weather certainly made it hard to get a good flip but it was worth it in the end to get one over on the Lords and the media! Our fellow competitors certainly put in a good fight but our Herculean training regime clearly knocked the opposition for six!”

“However in all seriousness, we are delighted to have been invited to take part in this wonderful event. The work that Rehab does to support disabled people and others at a disadvantage is fantastic and this race was a great opportunity to raise awareness of how we can all support those who are most vulnerable in our society.”