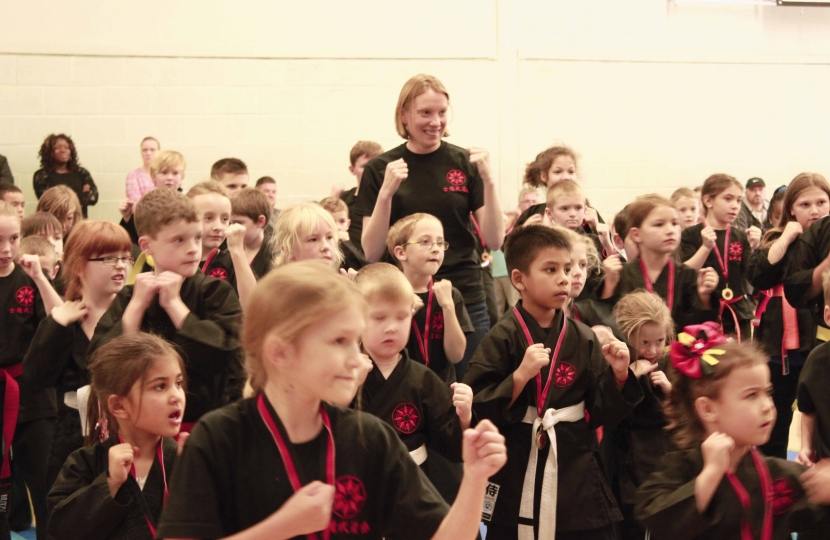 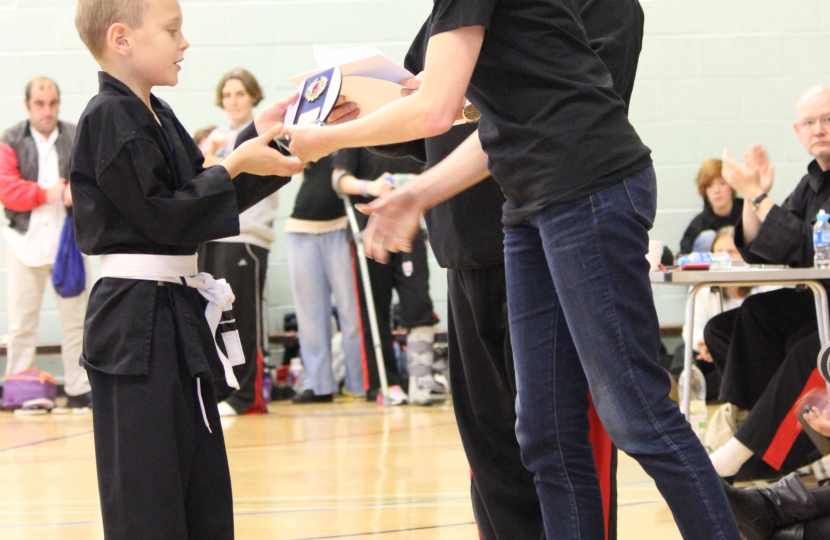 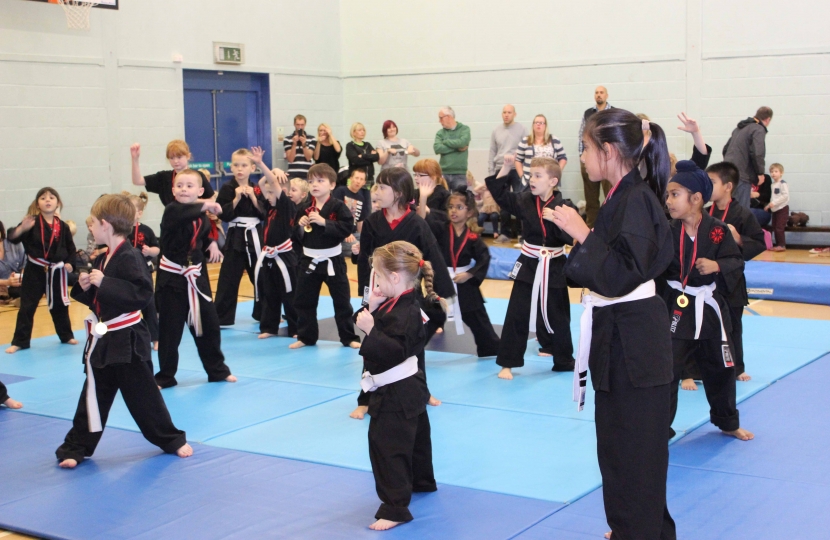 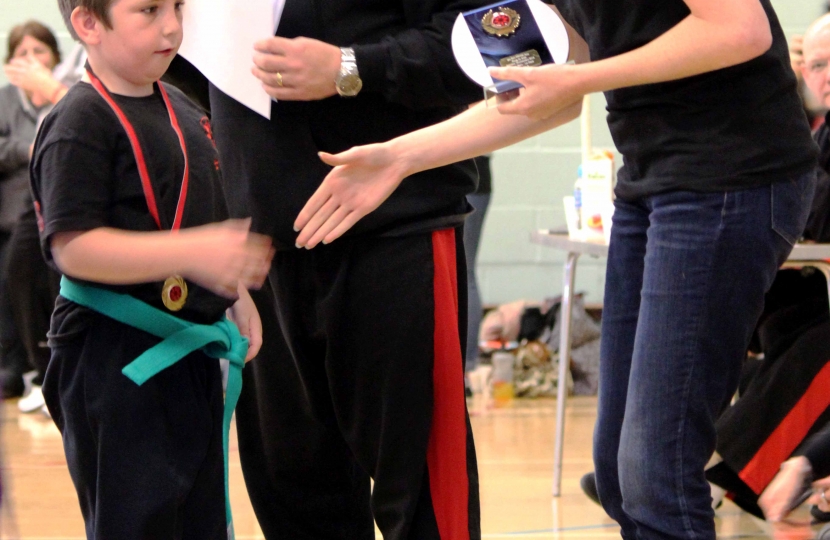 The event commenced with a display by the Shi Kon demo team including forms, self-defence demonstrations and a spectacular sword display. Tracey supported the competition and later took part in group Martial Arts exercises with the children. At the end of the competition Tracey presented trophies to the winners and congratulated everyone who took part.

Speaking after the competition Tracey said:

“It was fantastic to support the Shi Kon Martial Arts School’s Tournament this weekend and celebrate the student’s success during the award ceremony. It is clear that the students thoroughly enjoy their time at this Sport England Accredited club and I wish them all the best for the future.”

If your school would like to train a team for the next Kung Fu Kids inter-schools competition or to find out more about children or adults lessons at the Martial Arts Centre on Chatham Hill by contacting Jez Walters, Welfare Officer, on 01634 581092 or email [email protected]