Tracey Supports Safer Marine Navigation Around Kent and the UK 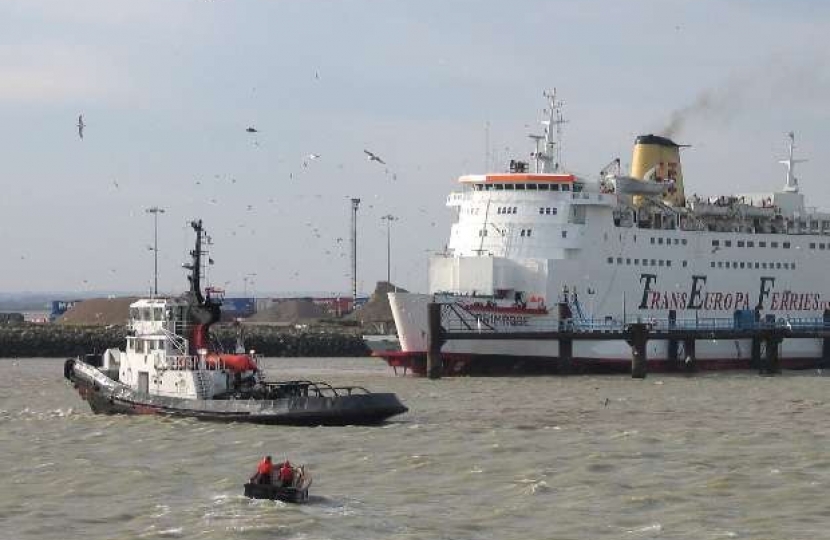 Tracey is supporting the Marine Navigation Bill which sets out to reduce burdens on the ports and shipping industry and to improve navigation safety around Kent’s busy coastlines and across the United Kingdom.

The Marine Navigation Bill amends legislation relating to provisions governing pilotage, harbour authorities and the management of harbours, the General Lighthouse Authorities and the manning of ships, as well as extending the powers of the port police. The Bill introduces measures to reduce burdens and cost for the ports and shipping industry, and improve safety for vessels in harbours and the seas around the United Kingdom.

Kent’s busy shipping channels around the coastlines and the Thames Estuary are key contributors to both the local and national economy. In 2010, UK Ports handled 512 million tonnes of goods, which represents about 95% of the total volume of UK import and export trade, and 75% of its value. 23 million international passengers used UK ports in 2009, which is three times the population of London

Tracey said: “I am delighted to be supporting the Marine Navigation Bill introduced by Sheryll Murray MP. The maritime industry is critical to the continued economic wellbeing of both Kent’s local economy and that of the entire United Kingdom. We should therefore be doing everything we can to reduce the burdens and costs for the ports and shipping industry, whilst developing safe navigation throughout our coastlines. I look forward to the Bill’s Second reading.”

The Bill is scheduled to receive its Second Reading on Friday 19th October.

The Bill and the accompanying explanatory notes are available on the Parliament website. You can also use the Bill tracker to monitor the progress of the Bill through the House, and follow links to the debates as they happen.