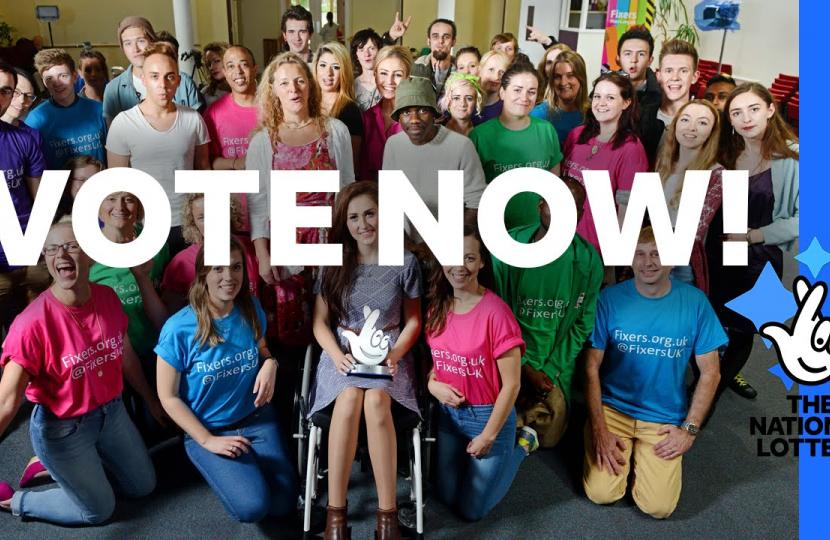 Tracey is supporting the inspiring local music charity, Rhythmix, in the 2016 National Lottery Awards. The charity have been selected from 600 nominations to compete in a public vote and Tracey is calling on constituents to make their vote by a simple click of a button!

Rhythmix his the only charity nominated from Chatham & Aylesford and Tracey is asking local residents for their support in the public vote and ot help share the good news.

Rhythmix is a social welfare charity that uses music to transform lives. They provide free music making sessions to children, young people and older people with dementia across the South East of England. Professional music leaders have helped thousands of people in challenging circumstances, transforming their lives through music. The award comes as the charity celebrates it’s 17th year of work in the community.

Rhythmix provide transformational music-making sessions in Chatham & Aylesford with Porchlight Canterbury, who are a local organisation who work with young homeless people. The charity’s professional musicians help young people with mental health problems at Porchlight to express themselves through music.

One member said “That made my day. I really look forward to coming in on the days when you’re here. Being able to connect with the residents on a different level. It makes it all worthwhile.”

One of the young people said “Working with you has shown me how I can get my music out there … I have learned so much and am really grateful for this opportunity. Thank you”.

Tracey said: ” I was delighted to hear that Rhythmix have been shortlisted for the Best Arts Project in the National Lottery Awards 2016. They are a fantastic charity and have already come so far in this competition. It is now time for everyone in Chatham & Aylesford to get behind them and show their support for this very worthy charity. Best of luck!”

Rhythmix uses music for more than just fun; it’s a tool that raises self-confidence, reduces stress, promotes self-expression and helps people to start a new chapter in their lives.

Rhythmix have been nominated for the Best Arts Project in the National Lottery Awards 2016. They has been selected from 600 nominations to compete in a public vote that closes on 20th July against six other projects to win £3000 and a chance to be on the BBC in September.

Tracey is asking supporters and local people to vote for Rhythmix and share the news with the voting link with their supporters in local media and on social media.

The link is bit.do/voterhythmix and takes just 5 seconds to click and submit your vote for Rhythmix.