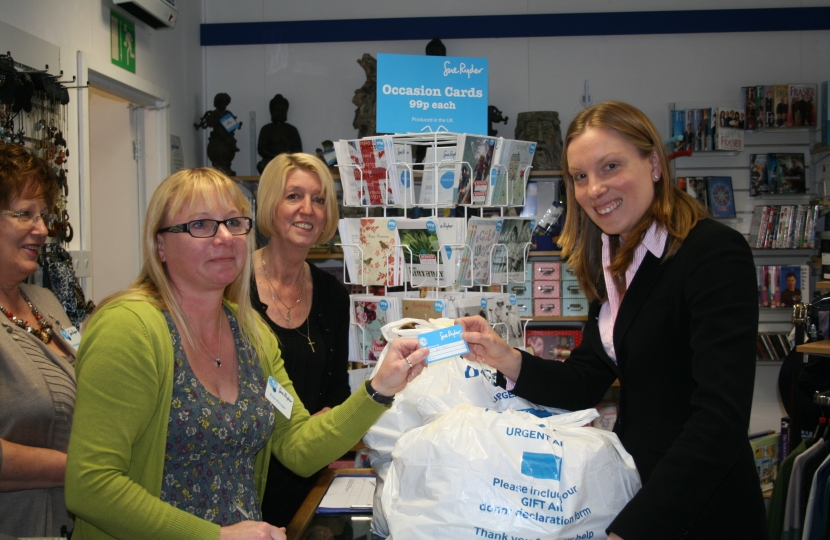 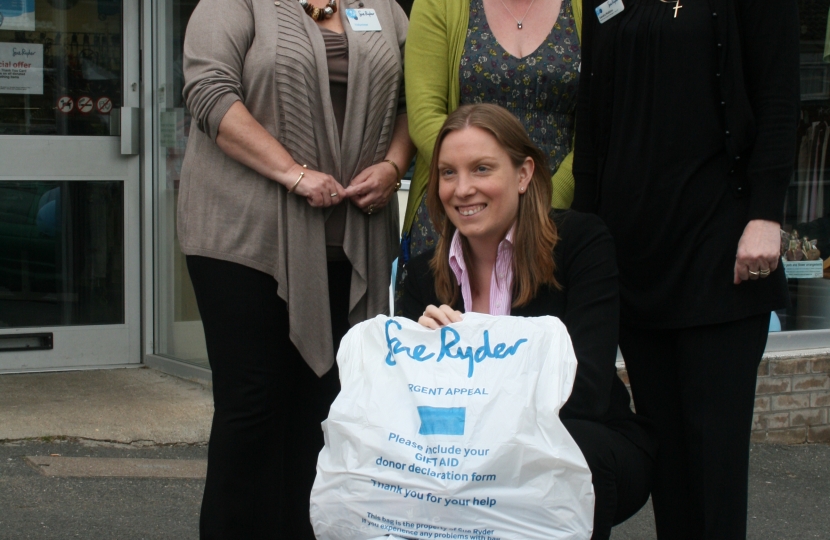 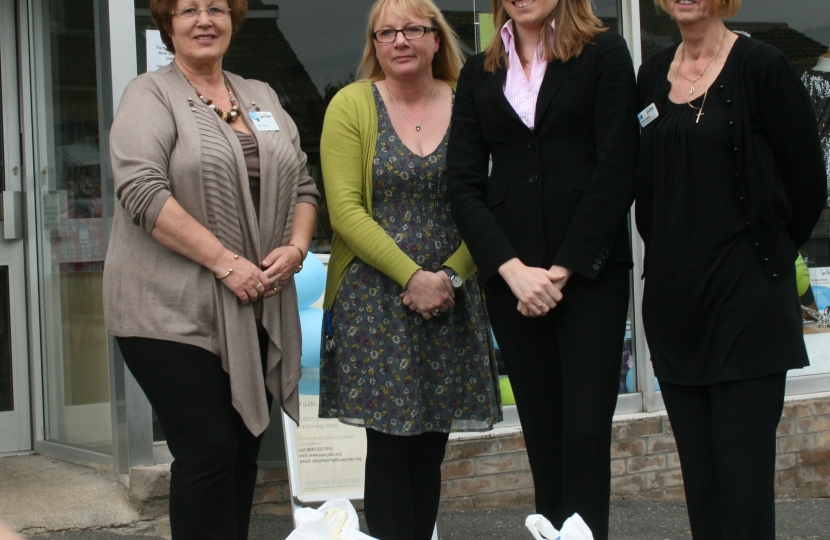 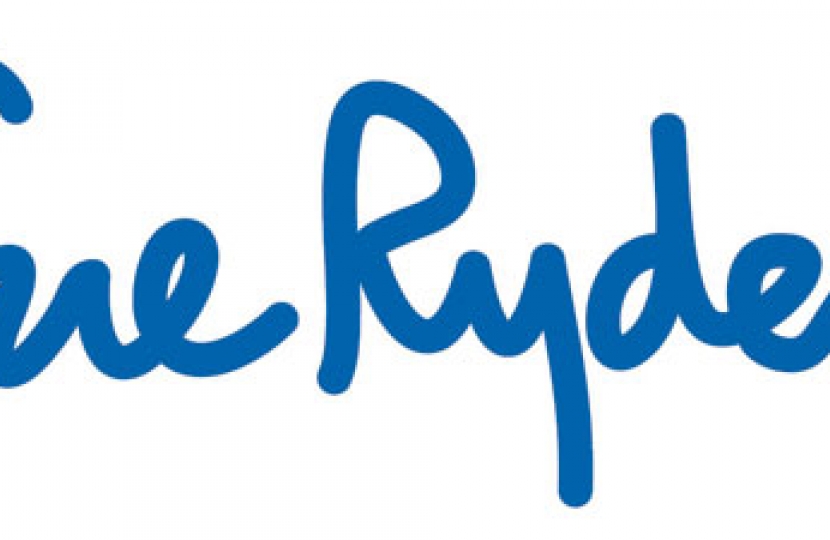 Tracey recently visited the Sue Ryder shop in Ditton, where she showed her support for the ‘Chose Charity Shops’ campaign, whilst donating unwanted items.

The Choose Charity Shops campaign, led by the Charity Retail Association, was supported by national health and social care charity Sue Ryder and its 392 shops.

Throughout the campaign, Sue Ryder shops encouraged local people to donate the best of what they no longer want.

Tracey said: “I was delighted to bring along a donation to support this Sue Ryder shop and the Charity Retail Association’s ‘Choose Charity Shops’ campaign. Charity shops do a great job reusing goods, raising over £200million a year for UK charities. This Ditton shop offers a brilliant retail experience for local people as well as creating jobs and volunteering opportunities. The funds raised also play an important role contributing to Sue Ryder’s work in delivering high quality care.”

Charity shop popularity is at an all time high, and charity shops raise over £200 million every year for a huge range of charitable causes. They provide 180,000 volunteering opportunities, and 17,000 jobs nationwide. In addition, they re-use and recycle whatever they can, reducing UK carbon emissions by approximately 3.7 million tonnes every year.  However, they thrive on donations of unwanted items, and many shops are facing real difficulties in getting donations through the door.

The majority of people in the UK have unwanted items of clothing in their wardrobes that they aren’t using, let alone other household items such as toys or bric a brac, that could be put to use by charities.

Nearly 6,000 charity shops in the UK came together last week to ask members of the public to make a donation to a charity shop in their area and pledge to donate to charity shops for the coming year.

Warren Alexander, Chief Executive of the Charity Retail Association, said: “Charity shops simply can’t survive without donations of items from the public to sell, and the thousands of charity shops that took part in last week’s campaign show how big an issue this is.

Donating items to a charity shop is a great way to support a good cause when people have less money to give by way of cash donations. Last week, charities across the country joined forces to ask the British public to have that clear out and take unwanted items down to their local charity shop.”

“Charity shops also play a key role as community hubs. People like to shop in charity shops, not only because they know they can find good quality products at an affordable price, but also because they like the idea of helping a worthwhile cause. Shops like Sue Ryder’s benefit the local community as a whole. They help raise money which goes back into providing vital services to local people who need them most.”

Sue Ryder has 18 shops across Kent, all of which are appealing for local people to donate unwanted items to them.  To find your local Sue Ryder shop visit www.sueryder.org.