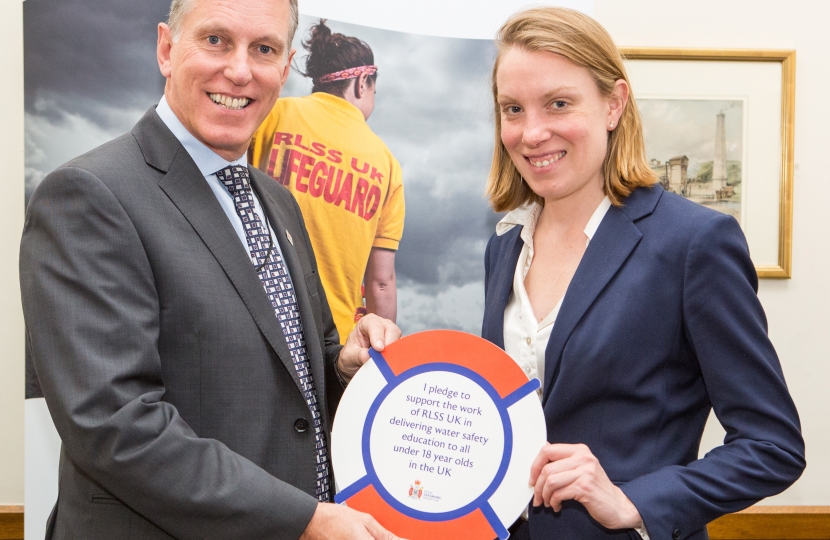 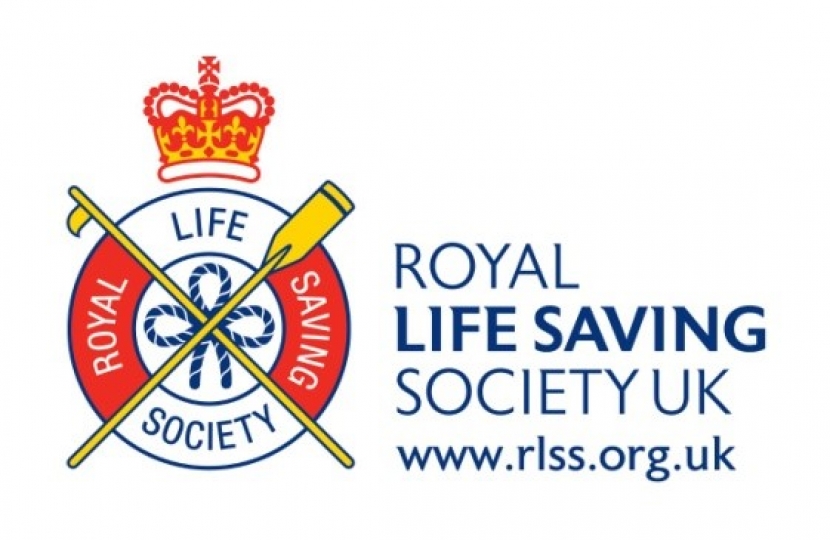 Representatives from The Royal Life Saving Society UK (RLSS UK) made the trip to Parliament ahead of its annual national campaign, Drowning Prevention Week which, this year, runs from June 21 to 29.

CPR workshops and water safety advice sessions were held throughout the afternoon and Tracey was invited to find out more about the charity and it’s work, as well as sign up and ‘pledge to support the delivery of water safety education to all under 18- year olds-in the UK’.

“With the River Medway running through Chatham and Aylesford, it is vital we ensure that water safety is taught in our schools here in Kent as well as the whole country. I am pleased that Kent has a very active branch and look forward to supporting them in the future”

RLSS UK President, Peter Moyes, said: “Tragically, more than 30 people drowned in just seven weeks during last summer’s heatwave. Around 400 people accidentally drown in the UK every year – one every 20 hours – and thousands more have near drowning experiences.

“These deaths could have been avoided and the society and its volunteers work tirelessly all year round to provide water safety education as well as lifesaving courses for all ages to try and reduce this figure and save lives.

“We were overwhelmed with the support offered by MPs during our session and can’t thank Travey enough for pledging to help us in our efforts, not only during Drowning Prevention Week but all year round, especially to get water safety education taught in all schools.”

Jackie Roberts, the mother of student Megan Roberts, who tragically drowned in the River Ouse in York on April 3rd this year, has been working with RLSS UK on a number of projects over the past few months. She also attended the event and added: “I am working with the RLSS UK as my daughter’s life meant so much and I want to do something in respect to her and to prevent further tragedies.

The RLSS UK works tirelessly to promote drowning prevention messages and deliver water safety education nationally, as well as offering a range of awards and programmes that teach lifesaving skills to all ages. The support it has received for the pledge will how go towards its aim of getting water safety education on the National Curriculum and in all schools.

For more information on the RLSS UK, Drowning Prevention Week 2014, water safety advice or details on lifesaving courses suitable for children and adults –