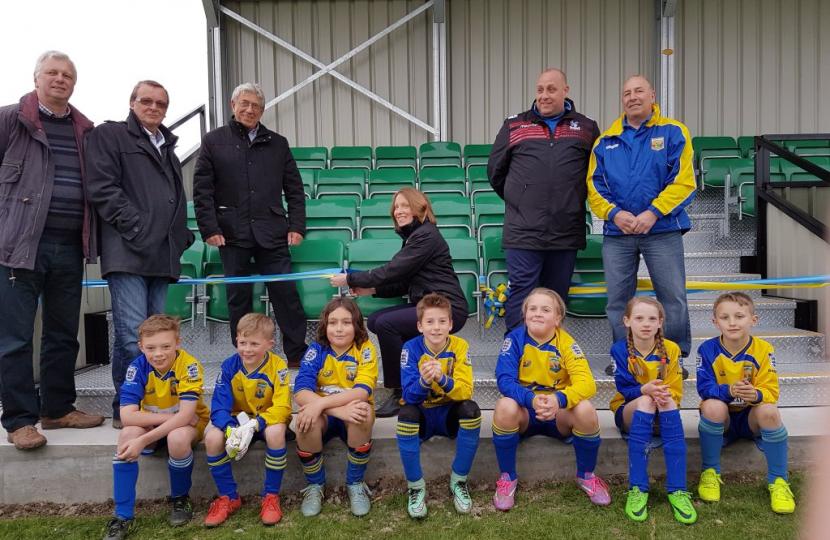 The grandstand has been sponsored by South East landscaping and grounds maintenance company, G.I. Lanscaping.

“It was a real honour to be asked to open the new grandstand at Snodland Town FC. It is a club that has evolved massively over the last few years. Having travelled around the county and country with as a former player and manager and with the ministerial job I can honestly say the main pitch is something to be very proud of. It is a club with huge ambitions and has interesting plans for the future. I wish the voluntary team running the club and all its supporters the best of luck.”