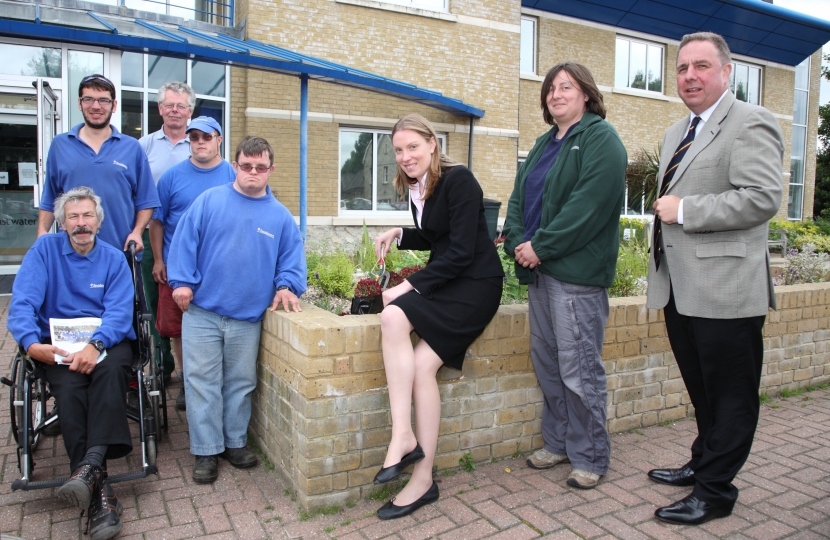 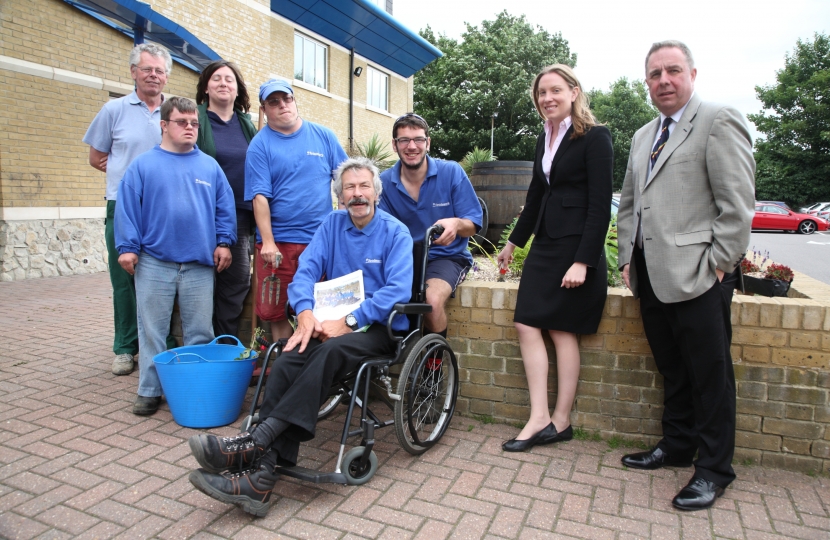 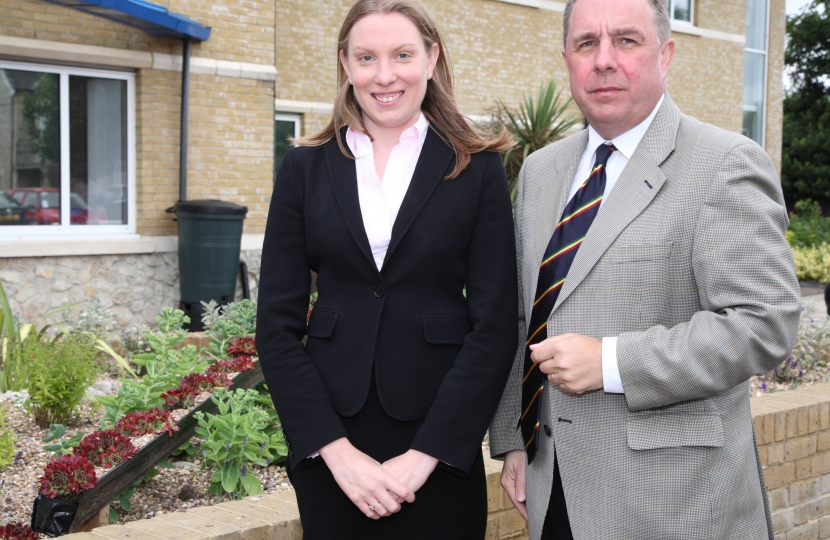 Tracey was delighted to open a specially built drought resistant garden designed and built by Spadework, an independent training organisation for adults with learning disabilities.

The garden is in the grounds of South East Water’s head office at Rocfort Road, Snodland, and is contained in two raised beds at the entrance to the main reception. The trainees grew all the plants used in the raised beds at their nursery at Offham, near West Malling.

Spadework offers training in horticulture, woodwork, amenity gardening, catering, retailing, computing and craft skills daily to its adult trainees. Being local to South East Water’s head office, the Company was delighted when it agreed to take the project on.

Managing Director Paul Butler said following construction work outside the visitor reception in the Kingfisher building, the raised beds had been left empty.

“The raised beds were in need of plants and we thought a water efficient garden was fitting to show that drought tolerant gardens can still be beautiful. So we called on Spadework’s gardening service to come up with a design to support our drought messaging.

“The result is stunning, using water butts as a centrepiece which is an appropriate welcome to visitors to South East Water,” he added.

Camilla Medhurst,General Manager of Spadework said they were delighted to have been asked to carry out the work. She said: “All our trainees work under the supervision and guidance of fully trained landscape specialists tending gardens large and small.

“This opportunity to design and plant these two raised beds have provided a marvellous opportunity for our trainees to use the skills they have built up at our nursery at such a prominent site for South East Water.”

Tracey, on seeing the finished raised beds, said she was surprised to see such a colourful display of plants which could survive on a minimum amount of water.

“This project is a marvellous example of a partnership between a business and a local independent charity who have been working together to push water efficiency messages.”