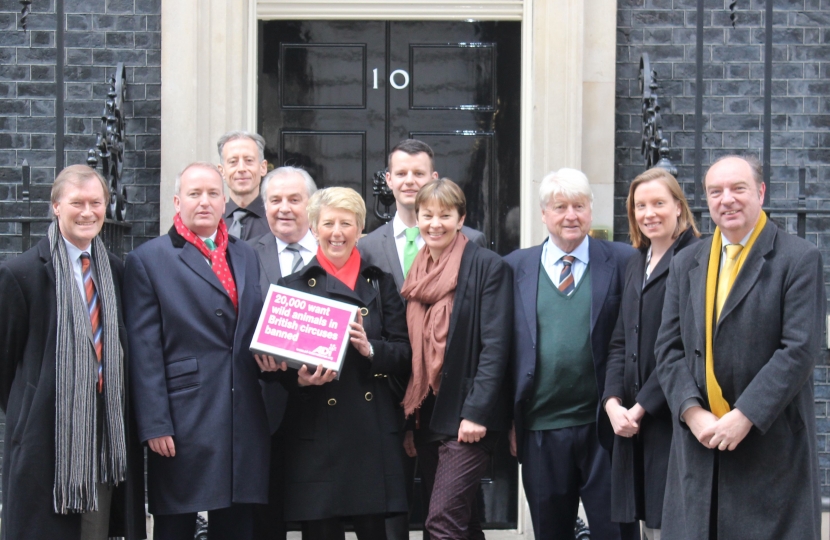 Tracey joined the Animal Defenders International, campaigners and cross-party colleagues in delivering the 20,000-strong petition to Downing Street, which calls on the Prime Minister to take action on the use of wild animals in circuses.

Only two circuses continue to tour with wild animals, with fewer than 20 animals. ADI revealed last week that Thomas Chipperfield, a relative of the notorious Mary Chipperfield who was prosecuted for animal cruelty following an ADI investigation and who presents the only lion and tiger circus act in Britain, will not be touring with a circus this year. The act featured in Peter Jolly’s Circus last year, attracting widespread criticism and local protests.

“Wild animals are complex creatures with a range of needs which a travelling circus simply cannot meet, even with the best will in the world. That’s why I’m proud to join Animal Defenders today here at 10 Downing Street to call for the wild animal ban to be passed before the election”

ADI and other animal organisations have urged the Prime Minister to support the new bill and ensure it is given time to pass. ADI is also urging members of the public to ask their MP to support the bill.

For more information about this campaign please click here.