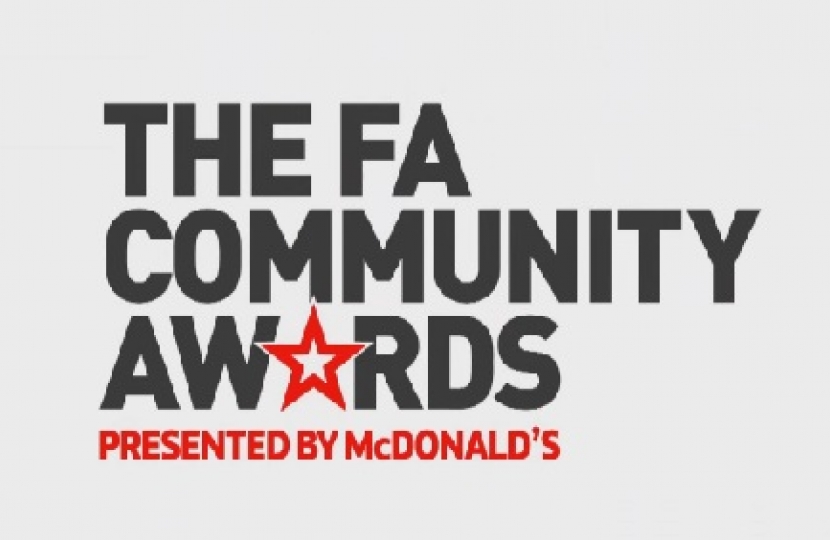 Nominations have now opened for the English FA Community Awards 2014 and Tracey is inviting constituents to place nominations for an individual or a football club to stand a chance at winning one of the 8 awards up for grabs.

The FA Community Awards presented by McDonalds recognise and reward those unsung heroes who make a difference to grassroots football in their local community, giving up their free time so that children can enjoy the game in safe, welcoming and developing environments.

None of the coaches and volunteers are involved in grassroots football for recognition and wards; they do it for the love of the game and their commitment to their clubs and communities. It is therefore important that we celebrate and recognise their achievements through the Awards to ensure this doesn’t go unnoticed.

You can nominate an individual or club for the following awards: