Tracey Invites Constituents to Help Secure £50,000 for a Charity Close to Their Hearts and Home with the Next Great British Switch Campaig 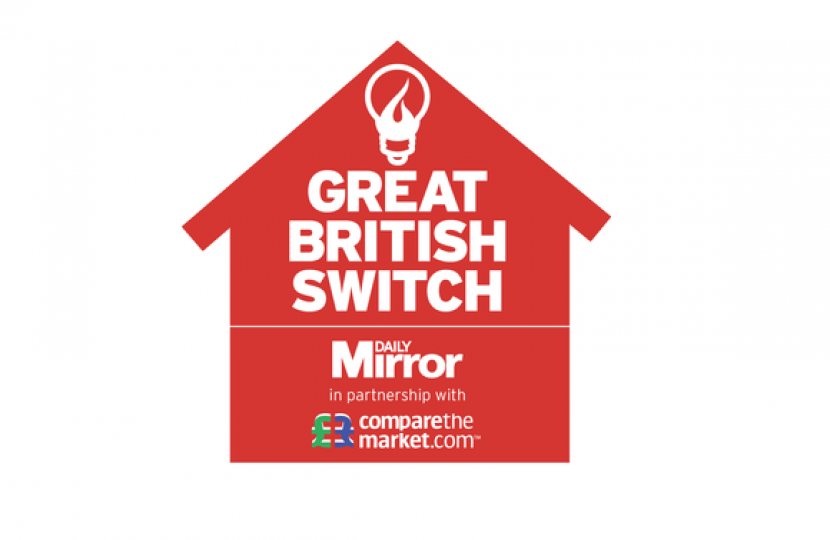 Tracey is calling for constituents to get involved with comparethemarket.com’s latest Great British Switch campaign. This provides the chance to nominate a local charity to be awarded a £50,000 donation. The funds will be offered in recognition of a cause which brings local people and communities together.

From 26 August any regional registered charity from England, Scotland and Wales, can be nominated for the award. Members of the public, and charities, are invited to submit their nomination by tweeting the name of their favoured charity, and why they should win the award, using the #greatbritishswitch hashtag. Nominations can also be made by visiting www.metro.co.uk/greatbritishswitch

Nominations close at midday on Tuesday 2 September, at which point a panel of judges will select six charities to be revealed on 9 September. The public will then be able to show support for any one of the six charities during the Great British Switch, whilst getting a quote to see how much could be saved on home insurance.

Traceysaid; “I’m calling on all constituents to take part in the #greatbritishswitch, a campaign which brings local charities across Chatham and Aylesford into the limelight. The good work that local charities do in making our neighbourhoods stronger deserves to be recognised and I very much welcome this initiative which could help bring more funding”.

The charity with the most support at the end of the weekend will be awarded the £50,000 donation.

For more information about the Great British Switch visit www.comparethemarket.com/great-british-switch