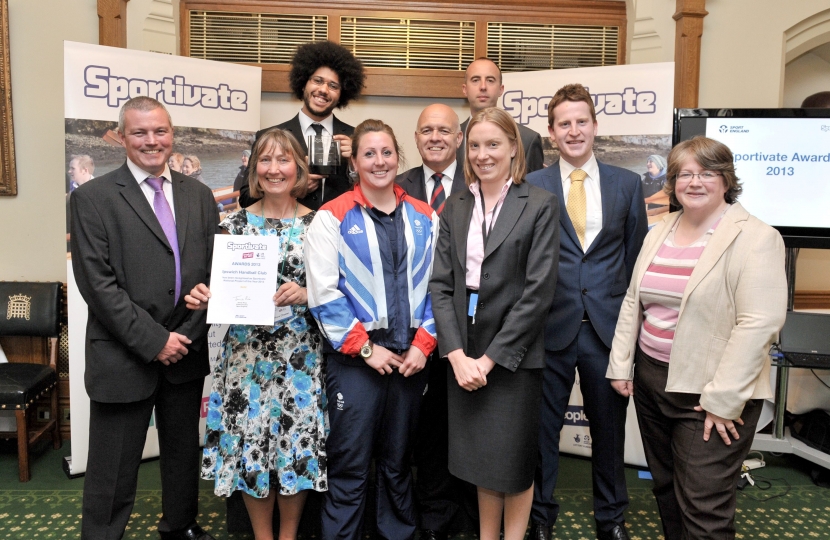 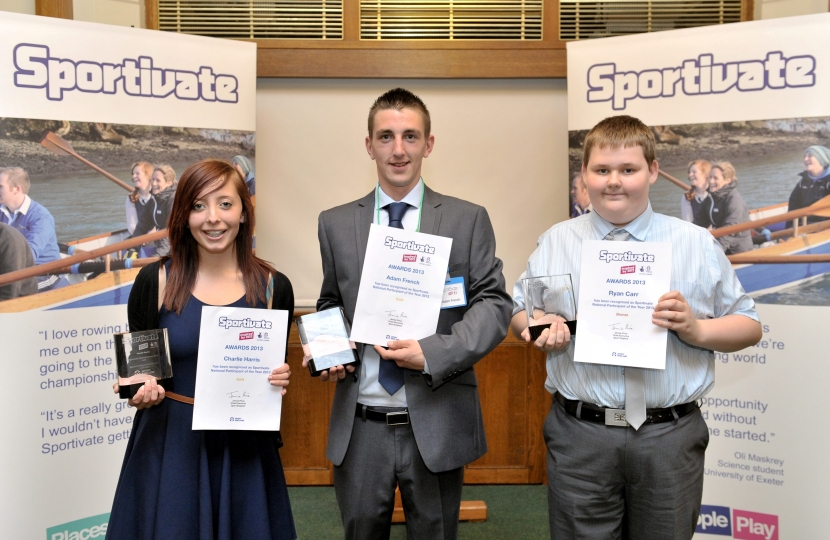 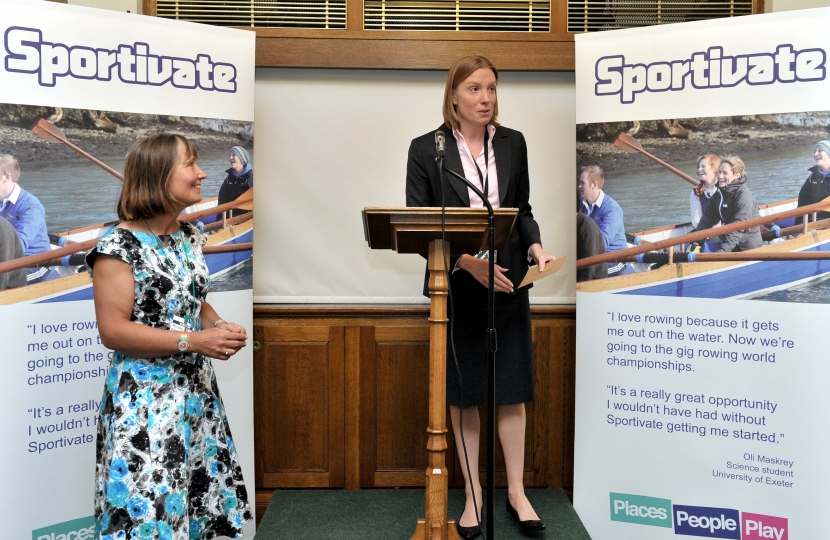 Sportivate is Sport England’s National Lottery funded Olympic and Paralympic legacy initiative, which gives 14- to 25-year-olds who aren’t particularly sporty six to eight weeks’ free coaching in a new sport and then helps them find low costs ways to continue to play.

Awards were presented at a ceremony at the House of Commons to recognise some of the amazing Sportivate projects happening around the country and the young people benefitting from the Sport England programme. The awards had two categories – best project and most outstanding participant – and winners were presented with a plaque and certificate by Tracey.

Tracey said: “The Sportivate Awards are a great chance to recognise some of the best projects and young people getting into sport for the first time. Hearing the different personal stories and about the projects was fantastic as well meeting the young people inspired into sport thanks to Lottery investment.”

Rona Chester, Chief Operating Officer of Sport England, said: “I am delighted that we are able to celebrate and recognise the outstanding projects and people involved in Sportivate. Sportivate is a hugely successful programme and this is reflected by these fantastic award-winning people and projects”

Over 225,000 young people  have attended Sportivate sessions and 190,000 have completed their coaching sessions – 83 per cent of whom are still playing the sport three months later.

Sportivate is being delivered by the network of 49 county sports partnerships, working with local clubs and providers. It is part of the official Olympic legacy programme and will benefit hundreds of thousands of young people until 2017.

For more information about the winners and the Sportative Awards please click here.