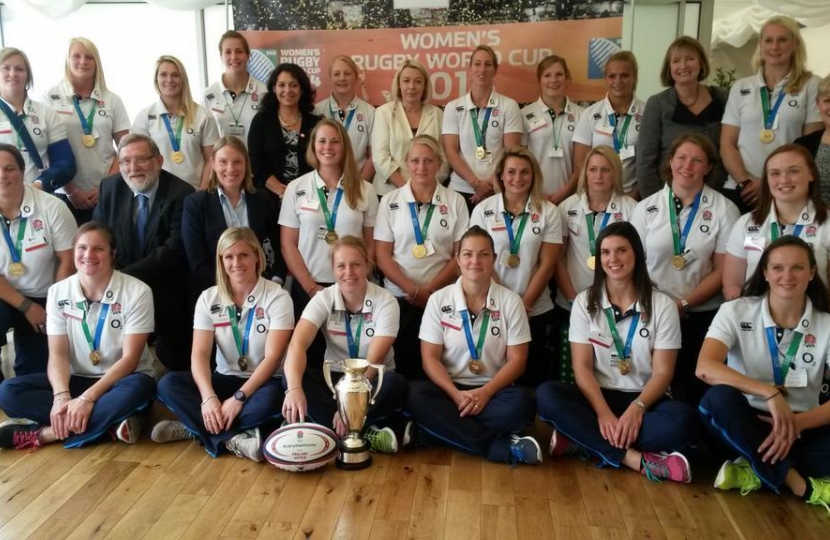 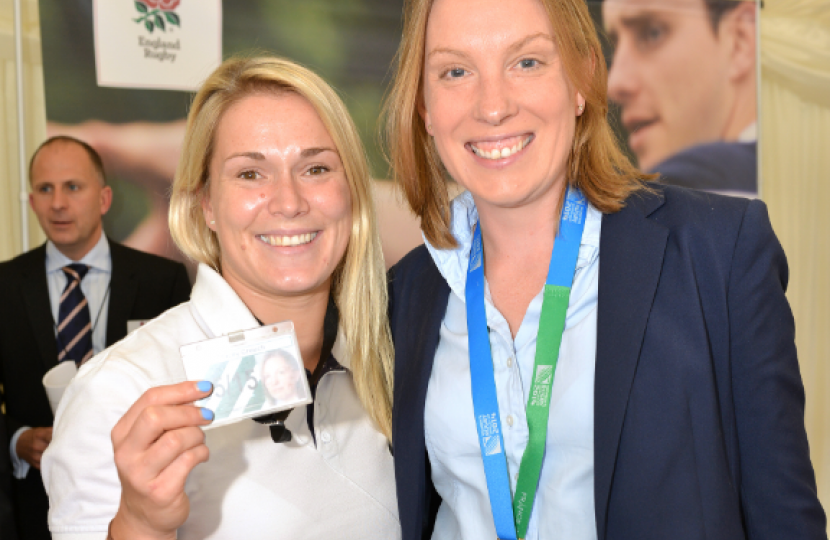 This week Tracey met the recently crowned World Champions in the Women’s Rugby World Cup, and learnt about plans to encourage more women and girls to follow in their footsteps.

England beat Canada in the final in Paris earlier this month, in the best attended and highest profile

World Cup to date.  The tournament and England’s stunning victory has widely been seen as a game-changer for women’s rugby.

The RFU, the governing body of English rugby, has today launched a nationwide strategy to encourage 100,000 women and girls to get involved in rugby.  The RFU is seeking to capitalise on the enthusiastic support England received during the tournament and ensure that rugby clubs throughout the country are ready and able to receive a new generation of females inspired by the triumphs of England.  The RFU will be targeting work in 200 community rugby clubs across the country.

Tracey said: “It was fantastic to meet the inspirational players this week and really important that we all work together to ensure more women and girls take part in sport, support RFU in helping more females to take up rugby in Chatham and Aylesford and across the UK”.

England Vice Captain, Sarah Hunter, said: “It really feels like something has changed in our sport, and I am hugely excited about what the future holds for women’s rugby.  It was great to be in the Houses of Parliament to launch the strategy.  This will inspire lots more women and girls to give rugby a go, with many no doubt getting hooked like us.  We were grateful for the support we received from public figures during and after the World Cup and it was great to thank them personally.”

Sports Minister Helen Grant MP said: “The future of women’s rugby at the elite level is bright. England’s Women’s team are an inspiration to women and girls coming into the sport, particularly after their brilliant World Cup win. I welcome the RFU’s strategy to get more women involved in the game be that as players, coaches or volunteers.”

Ruth Holdaway, Chief Executive of the Women’s Sport and Fitness Foundation, said: “The England team’s achievement in winning the World Cup is an incredible testament to the skill, character and dedication of women’s rugby in this country.

“The RFU has put in place a clear commitment to women and girls and we look forward to working with them as more women and girls take up the sport in light of the team’s outstanding work this year.”