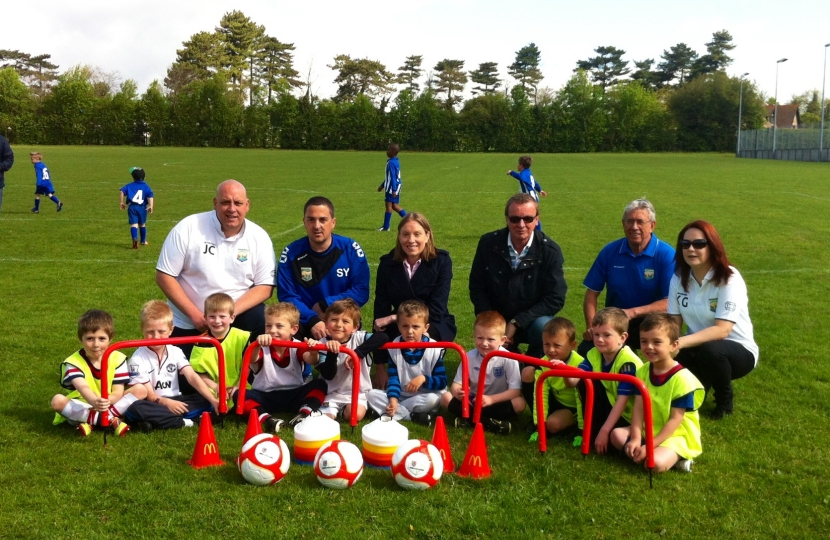 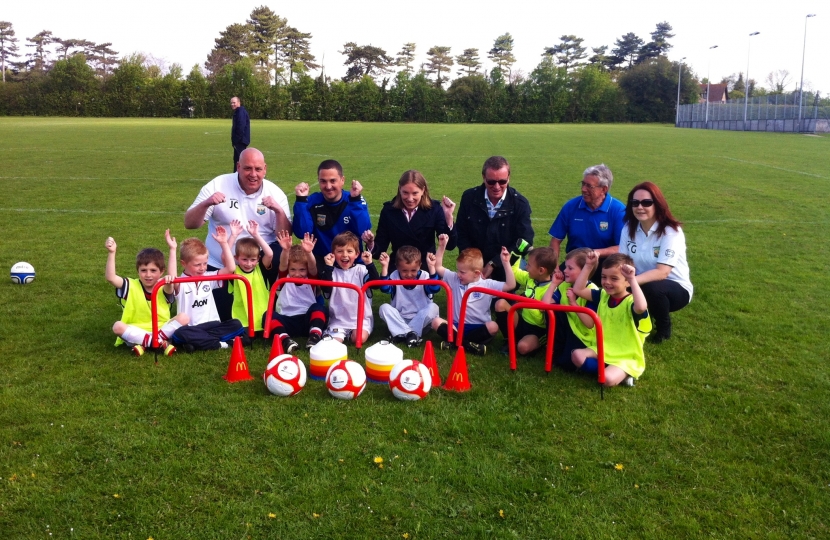 Tracey recently collected a set of new footballs and equipment from McDonald’s Director of Football, Sir Geoff Hurst at the House of Commons. Tracey has donated the set of footballs, cones, passing arches and discs to local side Snodland Town FC.

The equipment was donated to Tracey by 1966 World Cup hero Sir Geoff Hurst at the launch of the McDonald’s Ten Years of Teamwork report – commissioned in association with the Institute of Youth Sport.  The report reviews what has been achieved over the last 10 years in the grassroots game and marks the tenth anniversary of McDonald’s partnership with the four UK Football Associations.

Tracey was on hand at the reception to discuss and pledge her support to grassroots football alongside a host of legends of the game, including The FA’s Director Of Football Development, Sir Trevor Brooking,  McDonald’s Head Coach and former Manchester United Youth Coach, Eric Harrison and McDonald’s Head of Football in Northern Ireland, Pat Jennings.

Tracey said; “I was delighted to receive and donate the football equipment to Snodland Town FC. It is always a pleasure supporting grassroots football and I hope the boys will make good use of this fantastic equipment kindly sponsored by McDonalds.”

Chairman of Snodland Town FC Jason Cook said; “We would like to thank both McDonalds and Tracey Crouch for donating this football equipment. It makes a nice change for the boys to have some new kit and I am sure they will thoroughly enjoy it.”

Sir Geoff Hurst, McDonald’s Director of Football commented; “Over the past decade I’ve seen grassroots football take on a whole new guise and take a huge leap forward in terms of progress and quality. It’s fantastic to see so many people show their support for the future of the game.  Kit and equipment is just one of many of the small ways that we can continue to support football at this level and I hope Snodland Town FC enjoy using this fantastic new football gear.”