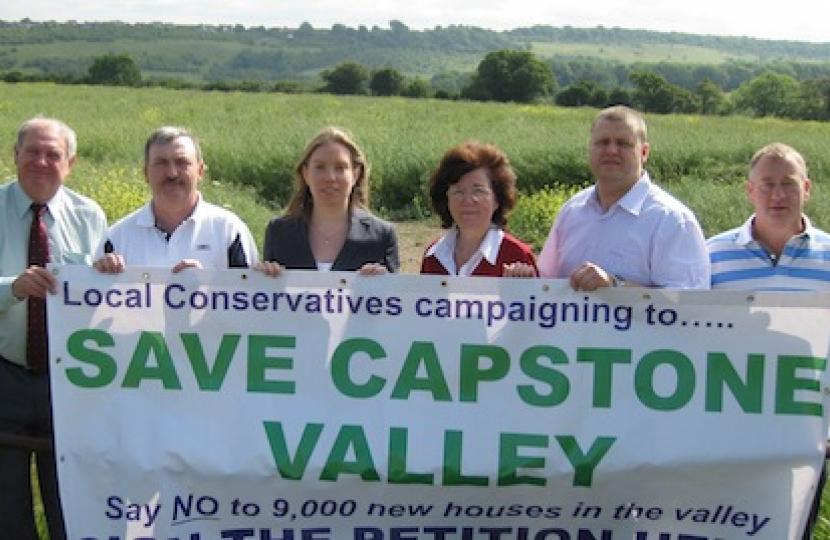 For the THIRD time, proposals to concrete over Capstone Valley are being consulted on despite opposition from the public and our Conservative controlled council.

Thanks to planning laws and rules imposed by the Labour Government, Medway Council is obliged by law to put development proposals to concrete over Capstone Valley out to “public consultation”. If they refuse to do so the developers will have the right to apply for planning permission and even commence building work.

With overwhelming support of local people, Medway’s Conservative Council has defeated these proposals twice already. Not only do they want to keep Capstone Valley as it is but they have already identified sufficient land for new homes without the need to concrete over Capstone. But this Labour Government seems determined to ruin one of our last remaining open spaces.

I have to say this is getting ridiculous. This is the third time in five years that the public have had to fight against developers concreting over Capstone Valley but every time local people reject them, another piece of legislation is passed favouring the developers.

Two years ago, along with my Conservative colleagues in Chatham, we organised a referendum to give local people a chance to comment. Over 95% said NO. See these links for the full story:

I will be encouraging everyone to make their views on Capstone known and if that fails I will be left with no other option than to lie down in front of the bulldozers!