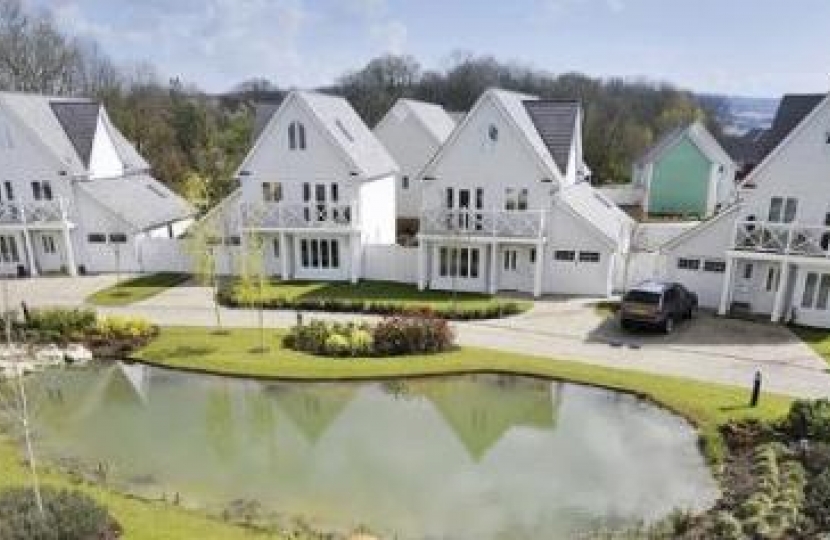 On Friday 19 November I chaired a public meeting for residents of Holborough Lakes with the Manging Director of Berkeley Homes, the development company behind the estate. Interestingly, the vast majority of people I’ve spoken to who live on the estate love their property and are very happy with the building spec. Unfortunately their frustration has always been around parking problems borne out of Prescott’s ludicrous planning requirements. As the development has continued the developers have amended their plans but residents who bought in the first two phases continue to suffer from lack of parking space.

The key issues raised during the evening included the prohibition of commercial vans parking on the estate, the use of and charging for visitor spaces, plans to increase the number of parking areas, speeding through the estate and the improvement of play areas.

Berkeley Homes came to the meeting having listened to complaints raised by me and residents direct and had some proposals for discussion. Some were received well, others will be reconsidered further, plus there were some very good new proposals put forward by residents during the meeting which will also be taken back and discussed further. All in all I thought the meeting was extremely constructive and whilst the concerns of residents are not yet dealt with, there has at least now been some dialogue and indeed a bit of progress