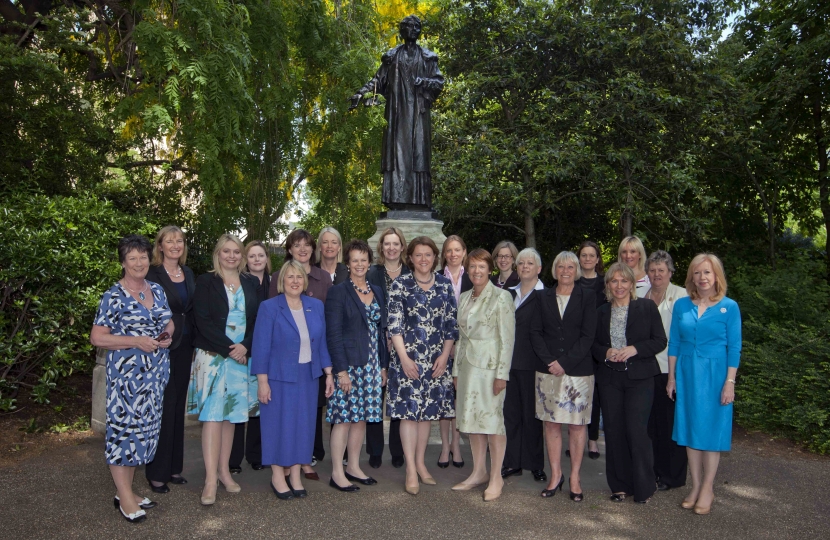 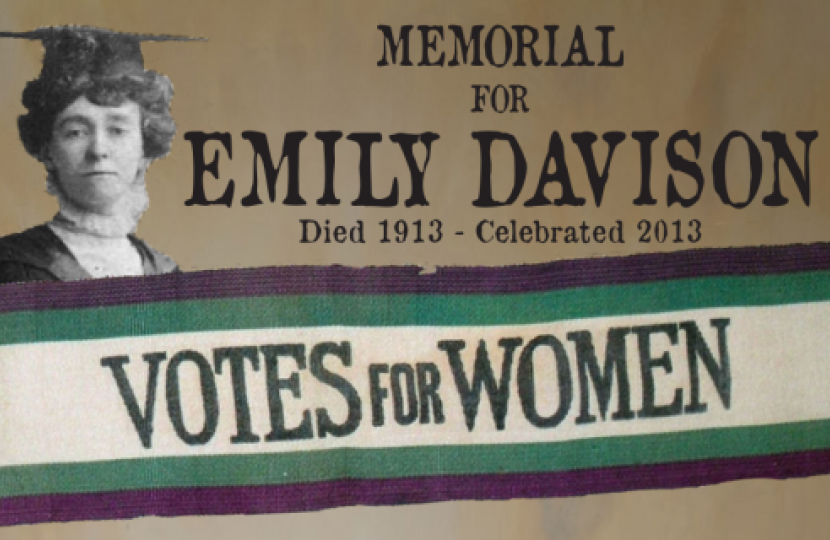 This year marks the 100th anniversary of the death of Emily Wilding Davison, the suffragette trampled by the King’s horse at the Epsom Derby and who hid in the broom cupboard by St. Mary’s Chapel on census night 1911.

Tracey joined other female MPs at the Pankhurst statue in Westminster to celebrate the past achievements and the continuing struggle for women’s rights in Emily Davison’s honour.

Tracey said: “Emily Wilding Davison paid the ultimate sacrifice in the cause of women’s suffrage and has such close links with the Palace of Westminster. Her efforts must never be forgotten and that is why I was pleased to join my female colleagues at the Pankhurst statue to show our respects.”