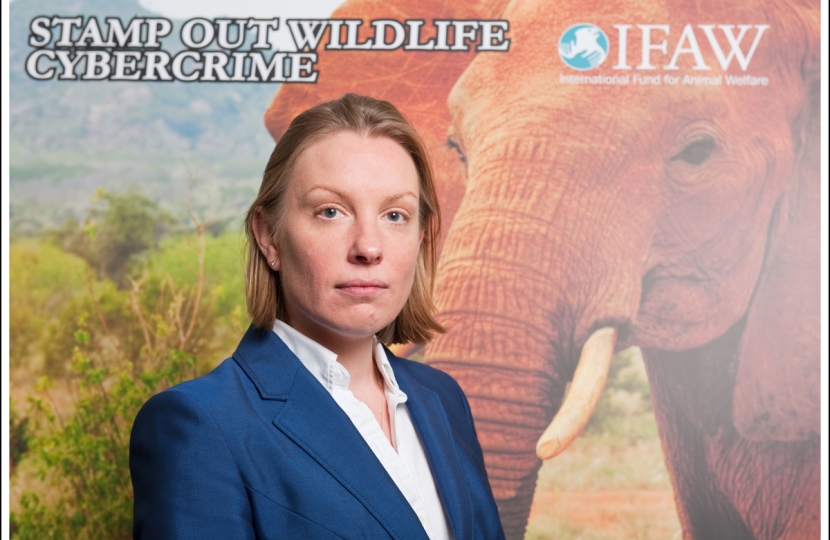 A murky multi-million pound trade in wild animals and their parts is booming across online marketplaces, with questions being asked as to the legality of many advertisements offering endangered species for sale.

A shocking report released this week by the International Fund for Animal Welfare (IFAW) shows how thousands of endangered species are bought and sold on the Internet, many advertised without any form of supporting documentation.

Wanted – Dead or Alive, Exposing Online Wildlife Trade reveals that, in early 2014, an intense six-week investigation found a total of 33,006 endangered wildlife and wildlife parts and products for sale via 280 online market places across 16 countries.

IFAW found the legality of almost 13 per cent – 1,192 – of the 9,482 advertisements investigated was sufficiently doubtful to warrant turning these over to law enforcers for further examination. However this may only be the tip of the iceberg as investigators were careful not to deluge enforcers with reports of potential wildlife crime. The IFAW investigation focuses on the ‘surface-web’, namely open-source websites commonly referred to as online marketplaces, where products are freely available to the public.

Tracey attended the parliamentary launch of the report, and said  “I commend the International Fund for Animal Welfare on producing this shocking report that shows the devastating effect of the online trade on wildlife across the world. I am offering my support for tougher measures and the strongest possible enforcement of the law to clamp down on this organised criminal activity.”

In the UK, websites hosted 1,087 online advertisements offering a total of 1,603 items for sale including ivory and suspected ivory, turtles, tortoises, owls, exotic birds, monkeys and parts and products from elephants, rhinos, hippos, crocodiles, alligators and big cats. The items were valued at more than £300,000. Over two-thirds of adverts were for wildlife parts and products rather than live animals.

Philip Mansbridge, UK Director of IFAW, said “Governments need to introduce stronger legislation that specifically targets online wildlife crime and must encourage and support their enforcement agencies in making sure wildlife cybercriminals are apprehended and prosecuted. We would like to thank Tracey for her support in saving wildlife and combating international crime.”

IFAW’s investigation specifically targeted the sale of species listed on Appendix I and II of the Convention on International Trade in Endangered Species (CITES) which regulates and restricts the trade in wildlife and their parts and products. Many of the 280 online sites monitored either didn’t ask customers to demonstrate that their trade met with national laws, or else the provisos were hidden to the extent that customers simply wouldn’t be aware of them.