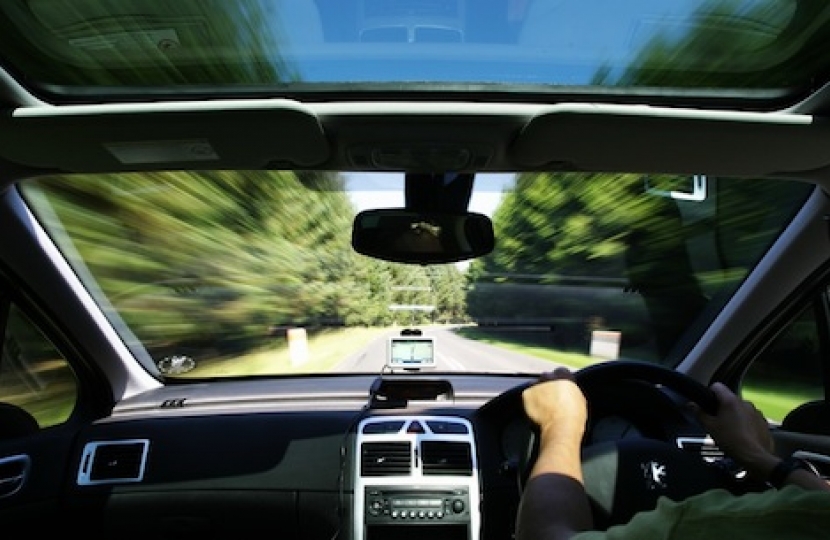 Tracey is supporting the new campaign to introduce tougher penalties for dangerous drivers who kill.

www.StopDangerousDrivers.com was launched this week with the backing of victims’ families, charities and cross party support in Parliament.

It aims to pressure the Sentencing Council to review the guidelines which prevent Judges from handing out the tough penalties these killer drivers deserve.

It also asks the Government to consider abolishing the more lenient offence of Causing Death by Careless Driving, so anyone whose bad driving results in a death is prosecuted for Causing Death by Dangerous Driving.

Figures revealed today in support of the campaign show that one in three of those convicted of causing death by dangerous or careless driving escape prison.

Such inadequate sentences leave families who are already devastated by the loss of a loved one feeling justice has not been done.

Tracey said: ‘Victims families often feel let down by the justice system when a dangerous driver who kills a loved one receives a lenient sentence. The maximum sentence of 14 years has never been used and only one in ten of those convicted went to prison for more than 5 years. That’s why I’m backing this campaign to give drivers who kill the tough sentences they deserve.’

Julie Townsend, deputy chief executive of Brake, the road safety charity, said: ‘This campaign is crucial because letting off drivers who kill with lenient sentences, or sometimes no jail term at all, implies that driving dangerously, even when it results in loss of life and terrible suffering, is only a minor transgression.’