Tracey Backs Calls for a Minister for Older People 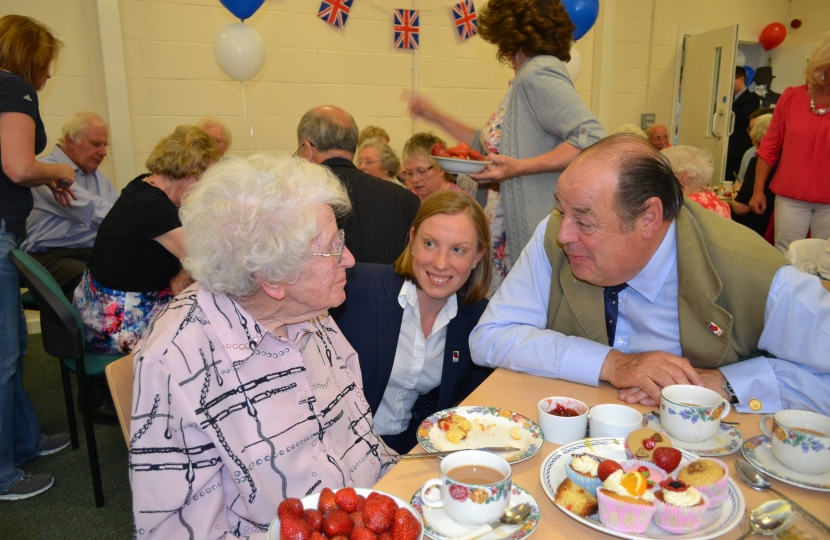 With less than 100 days to go until the general election, Tracey has pledged her support for the Grey Pride campaign, which is backing calls for a Minister for Older People.

The Grey Pride campaign is led by Anchor, the largest not-for-profit care and housing provider for older people in the UK.

Anchor has been calling for a Minister for Older People since 2011, having previously handed a petition signed by 137,000 people from across the country to 10 Downing Street. As the countdown to the General Election begins, Anchor are renewing their plea, asking all political parties to include in their manifestos the appointment of such a Minister.

New research undertaken by Anchor and YouGov shows that 93% of over 55s are likely to vote and 84% believe there should be a Minister at Cabinet level with responsibility for older people.

“With 25% of older voters here in Chatham & Aylesford, I receive a significant number of requests each day from older people relating to a wide range of issues and am committed to taking a proactive approach. That is why I’m supporting Anchor’s Grey Pride campaign and their call for a Minister for Older People. It really is important that we can recognise and respond to the various needs of older people, particularly as we are facing an increasingly ageing population.

“A Minister for Older People would be able to focus the Government’s attention on planning a better response to our ageing society, representing the views and needs of older people in Chatham and Aylesford and across the UK.”

Anchor’s Grey Pride Manifesto highlights many of the challenges facing older people, including a lack of suitable retirement housing or availability of adequate social care support.

The treatment of older people in hospital has also been highlighted: many older people’s wards have only one nurse to every ten patients which is above the recommended safety ratios. These poor staffing levels have led 90% of nurses to say they were unable to properly care for dying patients.