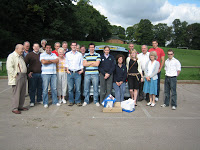 Nearly 40 people came to help delivery 27,000 of my latest local surveys today. We spread out and managed to deliver surveys in four traditionally non-Conservative wards where it is already clear that people are fed up with being let down by this Labour Government. I spoke to people as I was delivering the surveys and one lady said to me she didn’t go out and vote at the last election because nobody seemed to care about her or her area – it was run down because they had been forgotten. She was genuinely surprised and pleased to see me – and most importantly that I was willing to stop and listen to her views.
Out of all the letters delivered we only had one letterbox injury, although I had some pretty close calls myself. And the whole day ended with sandwiches and drinks in the pub after. It was a good day and now I look forward to receiving the replies and hearing what local and national issues are worrying people, which hopefully I’ll be able to do something about.
UPDATE: Political blogger Iain Dale also joined us, despite being offered a ticket to watch his beloved West Ham beat Reading, and has written about his experience HERE. 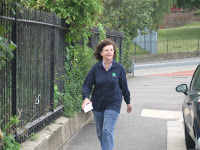 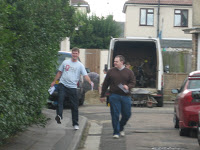 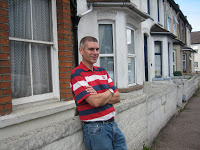 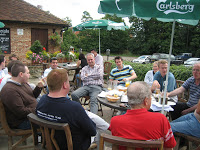 Good event — very successful!Let’s hope you get a good response to the survey, with some useful info coming from it.I certainly enjoyed playing my small part in this huge effort, along with my out-of-town team of Linda, her son Edmund, and the delightful Heidi.I look forward to the next such event, later this month!