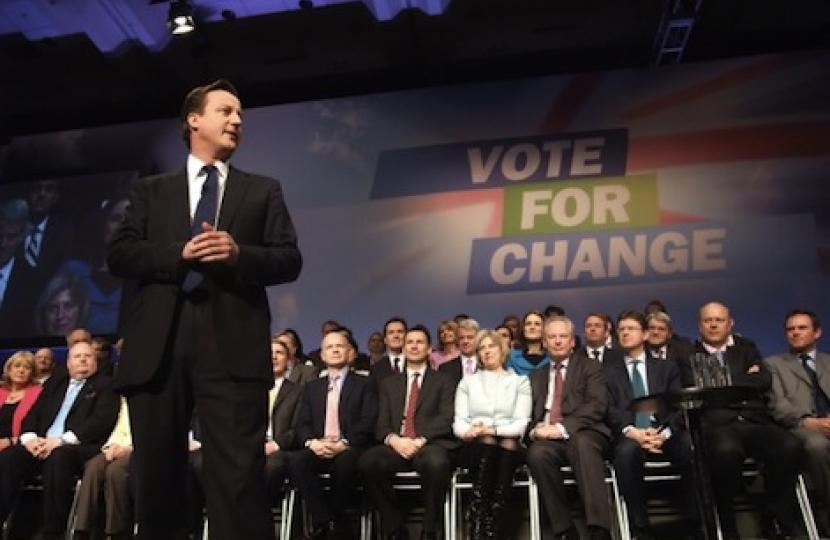 David Cameron and the team will unveil at Spring Forum the six key pledges we will be fighting the election on. The pledges demonstrate our commitment to the NHS and improving standards in education, as well as getting Britain working again.

I am sure they will be well received on the doorsteps and will again show that the next election boils down to whether people want 5 more years of a bad tempered Gordon Brown who has run out of ideas or 5 years of David Cameron and a team champing at the bit to start a programme of much needed reform and change for the country.

The pledges are as follows:

1. Act now on debt to get the economy moving

2. Get Britain working by boosting enterprise

3. Make Britain the most family-friendly country in Europe

6. Change politics – reduce the number of MPs, cut Whitehall and quangos by a third and let taxpayers see where their money is being spent