The Search Begins for ‘Digital Hero’ In Chatham & Aylesford 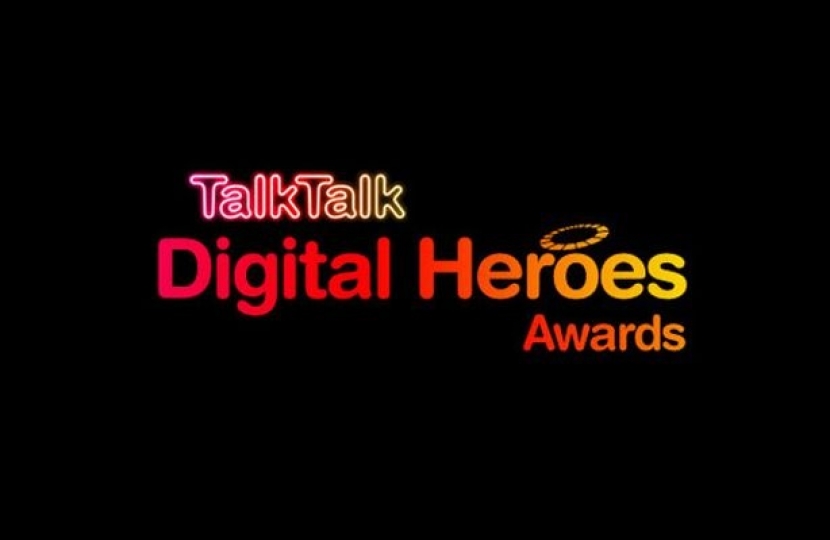 Tracey is calling for local groups to enter the TalkTalk Digital Heroes Awards 2013, a unique competition that recognises and rewards people who are using technology to help their communities.

The awards, now in their sixth year, have provided funding and support to 62 organisations across Britain, including various charities which have used technology to help children and youth, the homeless and people with disabilities.

The awards, run in partnership with the Daily Mirror and charities Citizens Online and Go ON UK, aim to recognise inspirational people who use technology to benefit their local community. Twelve winners, one from each region of the UK – voted for by the public – will each get £5,000 to enhance their digital projects, with one overall winner getting £10,000.

In addition to the main awards, Martha Lane Fox will present a special award for the Young Digital Hero on behalf of Go ON UK, a charity she chairs which aims to make UK the world’s most digitally connected nation. The top prize is £4,000 for their chosen charity and an Apple MacBook Air.

The awards are now open for submissions atwww.talktalkdigitalheroes.co.uk   and the deadline for entries is August  14, 2013. The Twitter hashtag for the awards is #digitalheroes.

Commenting on the awards, Tracey said: “Digital technology plays an increasingly important role, helping to improve people’s lives and encourage the growth of local businesses. Digital Heroes is a wonderful initiative which recognises the people who have worked hard to champion digital technology and made a difference to their community. I hope that projects in Chatham & Aylesford will be able to benefit from this year’s scheme and I will be encouraging local groups and individuals to enter the competition.”

Commenting on the awards, Dido Harding, Chief Executive of TalkTalk, said: “Digital Heroes is the only competition of its kind, and each year attracts hundreds of nominations from people across the country. It has already made an enormous difference to dozens of important projects across the UK and this year we look forward to finding new and innovative ways of using technology for good.”

“A staggering 7.1 million UK adults have still never been online and 16 million do not have the Basic Online Skills to take advantage of digital tools. That’s why I am proud to support TalkTalk’s Digital Heroes Awards, with Go ON UK” says Baroness Lane-Fox. “The initiative celebrates inspiring digital champions achieving the extraordinary through digital technology in communities across the UK and is one I look forward to every year.

John Fisher, Chief Executive of Citizens Online, said: “The internet is an important part of daily life for an increasing number of Britons, especially children and young people, and it is important that it is made accessible to everybody. Digital Heroes has already helped lots of important projects to change their communities for the better and we hope this year’s awards will inspire more people to think about how digital technology can benefit society.”