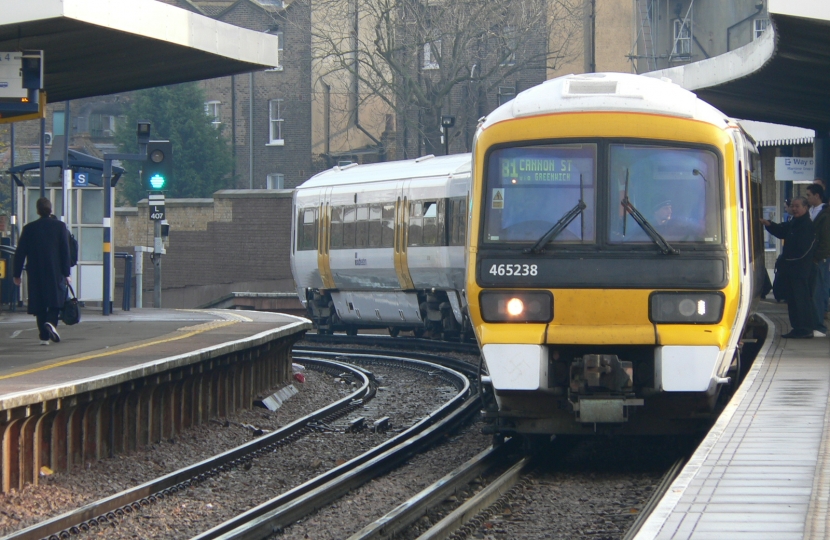 Today Tracey and other Kent MPs met with Transport Minister Stephen Hammond MP regarding the Mayor of London’s proposals to devolve some metro rail services in the south east to Transport for London (TfL).

The proposals would see the Mayor and TfL take over certain train services currently operated by Southeastern within London, including services from Dartford, Orpington and Sevenoaks. More details of the proposals can be found

A number of concerns have been raised regarding the proposals, including the impact they could have on passengers travelling from Kent, the impact on the timetabling and frequency of longer-distance mainline services, the effect on fares and train capacity, and the overall safeguarding of the interests of train users living in Kent.

Since these proposals were brought forward by the Mayor’s Office, Kent MPs have strongly lobbied the Minister and the Department for Transport, who have listened carefully to the case put forward against devolution of services. An announcement is expected to be made in the near future.