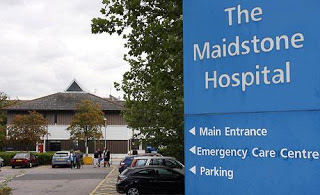 Today, Maidstone MP Helen Grant secured an important debate in Parliament on the future of maternity services at Maidstone Hospital. I was grateful that she allowed me some time during her debate (an MP doesn’t have to) to put forward some of the concerns shared by local residents in Chatham & Aylesford. I was able to make it clear to the Minister that not only does this effect residents who live within just a few miles of Maidstone Hospital but that it will also impact on services at the Medway Maritime. The KM report of the debate is HERE and the full record of what was said in Parliament, plus the Minister’s response, can be found HERE.
Posted by Tracey Crouch at 19:36