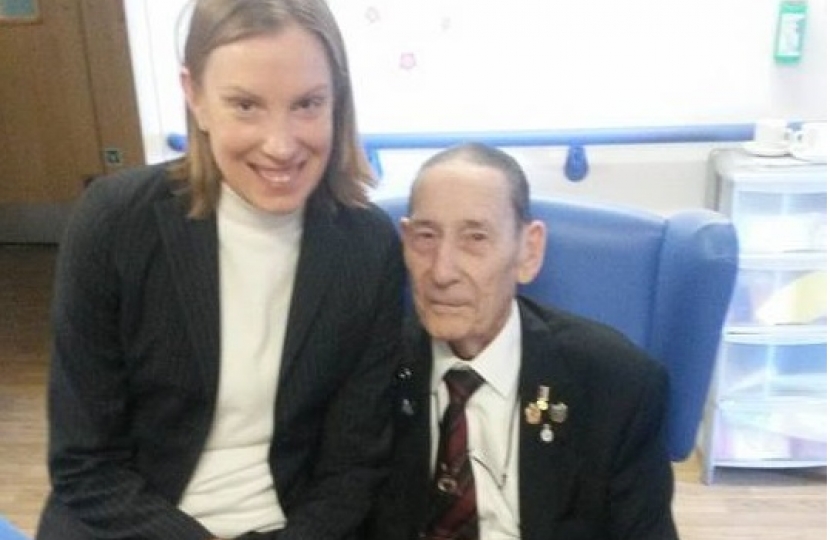 Tracey said “I am thrilled to annouce that Major Maurice Bernard has received an honour in the Queen’s 2014 Birthday Honours. Maurice received a British Empire Medal for all of his hard work that has lead so directly to the improvements seen in dementia services in Medway. Congratulations Maurice!! We are all very proud! You deserve it!”

“I am also delighted that The Bernard Dementia Unit has won the Innovation Award at the 2014 Medway Foundation Trust Awards.”

She continued “I am so pleased to be able to call Maurice a friend and to support his great work in improving local services which will make life so much better for so many who have to live through this awful disease. They should be able to do so with the dignity and the care they deserve. Maurice has single-handed been the driving force in improving Medway’s services, and for this we are all hugely grateful. I am pleased this has been recognised.”

You can see more about Maurice’s and Tracey’s work on Dementia and the Bernard Dementia Unit here.