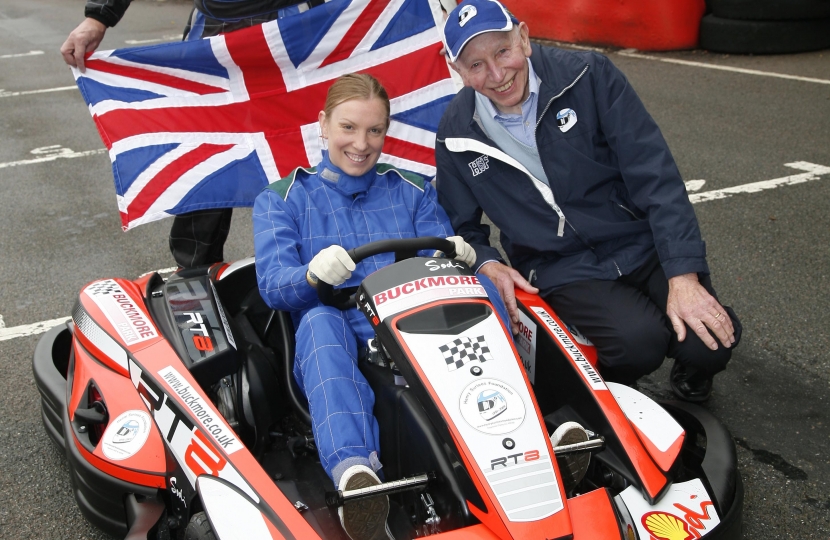 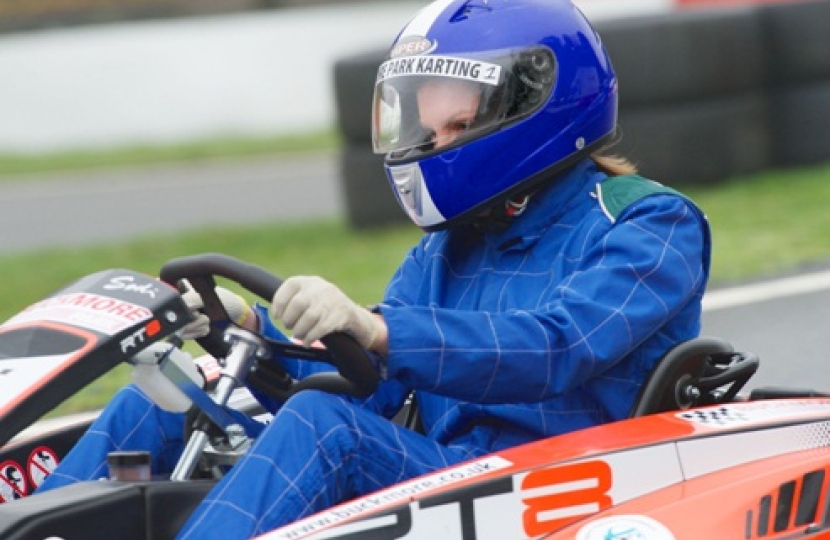 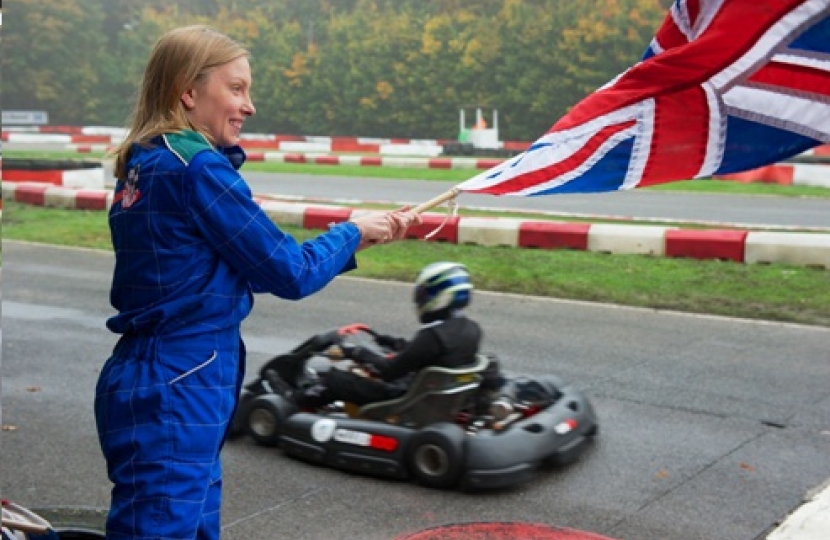 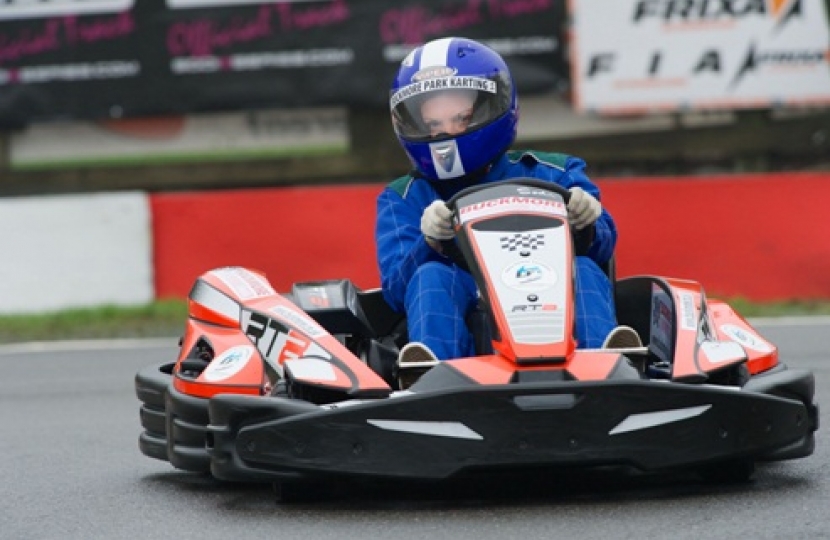 The 2012 Henry Surtees Challenge at Buckmore Park circuit raised a staggering £22,000.00 for the Kent, Surrey  and Sussex Air Ambulance charity. Forty-four young karting and racing drivers participated in the annual event on 24 October which awarded the top six drivers a prestigious Henry ‘H’ trophy and offered the twelve top finishers the choice of the best career enhancing prizes ever offered at a UK kart meeting.

The event, organised by former F1 world champion John Surtees OBE, was officially opened by Tracey, who completed a number of laps of the kart track in Buckmore Park.

Tracey said: “It was incredibly exhilarating. The kart track here is absolutely first class and whilst that was fun for me, it was actually in aid of a very good cause.”

John Surtees set up the ‘Henry Surtees Foundation’ in memory of his son Henry, who was tragically killed driving in the new Formula 2 championship at Brands Hatch on 19th July 2009, aged 18. The Foundation aims to assist people with accidental brain and physical injuries, provide education and training in technology, engineering and fitness, and endeavours to advance young people by developing their skills and capabilities so that they can participate in society as independent and responsible individuals.

A number of clinical trials have demonstrated that blood is the most effective resuscitation fluid for minimising mortality from traumatic injury and the earlier it is given the better the chances of patient survival. The Kent, Surrey, Sussex Air Ambulance service therefore wishes to be able to transfuse those patients who need blood at the site of an accident, in the pre-hospital environment – thereby saving time and lives. There is considerable synergy therefore in the relationship between the Trust and the Henry Surtees Foundation. The Foundation will help the Kent, Surrey & Sussex Air Ambulance with funding the costs of the equipment required, estimated at £30,000.

Adrian Bell, Chief Executive, Kent, Surrey & Sussex Air Ambulance Trust  said: ‘We are pleased to be working with the Henry Surtees Foundation. Their support makes a considerable difference to what the Kent, Surrey & Sussex Air Ambulance can do and without this, and their drive, we would not be looking at introducing blood transfusions as early as we are. I look forward to this relationship going from strength to strength.’