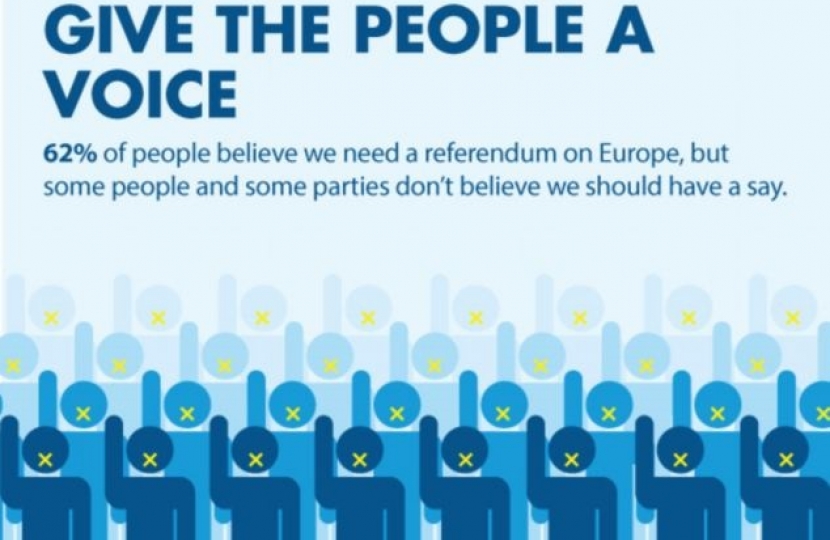 If successful, the Bill will lead to the first public vote on Europe for 40 years, after a renegotiation for a new deal in the EU.

Co-sponsors will be able to back the Bill using a newly innovated online co-sponsoring form as part of the www.LetBritainDecide.com campaign.

‘Conservatives want to give the British people a say. That’s what this innovative campaign will help us to do.

‘If you care about giving millions of Brits a vote on Europe for the first time in 40 years, please visit www.LetBritainDecide.com. Co-sponsor our Bill, and fight for change.’