After 13 years, Labour gets an “F” in the South East 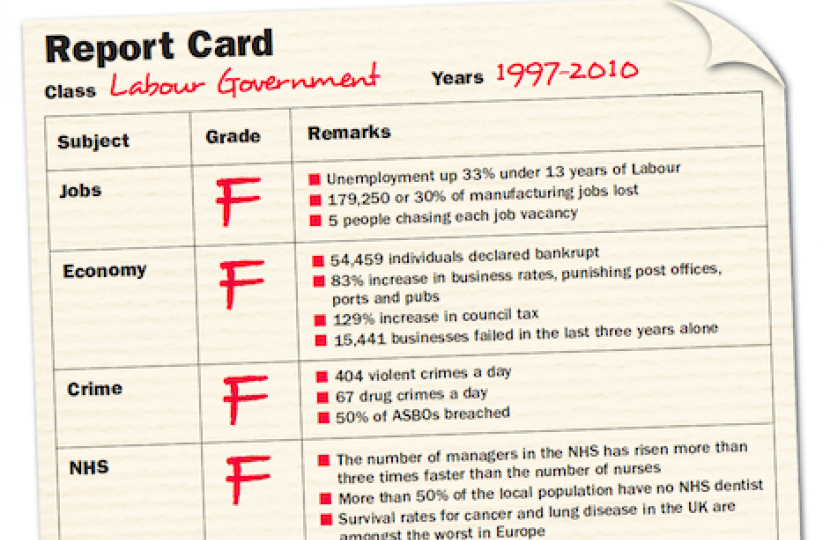 As the General Election approaches the final stretch, Conservatives released a report card revealing Labour’s failure across the English regions. On the key issues of concern to voters, Labour have spent billions yet failed to improve the quality of life for many millions of people across the country.

Commenting, Conservative Party Chairman Eric Pickles said: “Today we’re holding Labour to account. Thirteen years of Labour and what we’re left with is a budgetary black hole and more empty promises. If I were a teacher, I’d look at Labour’s record in the South East and give them an ‘F’.” Conservatives released a “report card” of Labour’s record of failure in the regions. The report card looks at Labour’s record on jobs, the economy, crime, NHS, education and transport.