It appears my tweet yesterday regarding the extension of Southeastern’s franchise to 2014 may have upset the Comms team, but having looked in detail at their announcement I feel they should be grateful it wasn’t worse!Southeastern made three announcements yesterday. Firstly, they have been awarded an extension to their current contract which will now run until March 2014. Secondly, there is due to be a consultation on a new compensation system thought to be in place by mid-2011 and thirdly, a high speed service will be operating from Maidstone West to Strood as of May.Franchise Agreement ExtensionWith regards to the contract extension, first of all I should point out that this was not wholly unexpected. As per the franchise agreement negotiated by the previous Government in 2005, Southeastern’s contract was due to expire on 31 March 2011 with an option within the agreement for a two year extension if they pass certain criteria and a performance based review. Given Southeastern appear to have met these targets, it does beg the question that if they can be awarded an extension to their contract, despite consistently scoring in the bottom 3 or 4 of Train Operating Companies for punctuality, what on earth did the previous Government negotiate as the criteria? Unsurprisingly commuting constituents are reacting with words such as “angry” “livid” “baffled”.Clearly they were not robust enough and unfortunately it is those who use the service who will continue to suffer unless Southeastern make significant improvements. What we need in the future, and I will press Ministers on the issue, is more challenging performance targets incorporated into franchise agreements. It is no use if they are set low enough to allow poor services to continue indefinitely.Looking to the future, I do hope Southeastern do not see this as an endorsement of their service and rather as a last reprieve and an opportunity to make significant improvements. Proposed Compensation SchemeI’ve had a lot of enquiries about the new proposed compensation scheme. Little in the way of specific details have emerged as of yet, however the intention is to compensate those whose train arrives at the destination over 30 minutes late. Whilst this is a welcome development, I will be keen to see the specific details, particularly how this impacts season ticket holders, does it apply in bad weather, and is it only for those who disembark at the final destination? I will also be interested to learn why such a system was not in place beforehand, when it operates on other Govia (Southeastern’s parent) franchises such as Southern. It is being described as a “silver lining” by some passenger groups but I prefer to wait and see. A very small percentage of trains run 30 minutes late and I think my commuting constituents would rather see a proper independent audit of the end of year punctuality statistics, broken down by line, and compensation schemes based on that rather than a programme operational on few occasions.High Speed Service from Maidstone WestFinally Southeastern announced a high speed service will operate from Maidstone West to Strood. This is great news for those who live in Maidstone but means nothing but likely disruption for my constituents and those who commute from Rochester. The service will not be stopping at Aylesford, New Hythe or Snodland and details have yet to be announced as to how this will affect the current stopping service operating on the Medway Valley Line. Any reduction in the regularity of the service that many train users currently rely on will not be acceptable. Yesterday’s announcement also gave no further details on future plans for the West Malling line, a point I am sure Sir John Stanley and I will be raising again with Southeastern and the Minister.So, all in all my tweet yesterday was rather moderate given that I am failing to see the good news for my constituents in the announcement from Southeastern. The company is fortunate in my view that the Government was contractually obliged to extend its franchise for two years and I hope that they now see this as an opportunity to show its passengers, who pay a ridiculously high price to use their service, what kind of service it can run. Responsibility for the next franchise negotiations is now fully in the hands of the new Government and Kent MPs will be watching with close interest.
Posted by Tracey Crouch at 09:38 1 comment:

A tiny insight into teaching

I really enjoyed my TeachFirst experience on Friday. A lot of effort was put into supporting me from the team including Jane, a TeachFirst teacher at Aylesford School, who helped with all the lesson planning and the interactive white board, and it was really appreciated. I hope that I gave the children a good lesson and now the adrenalin (and possibly white board marker) high has abated I can look back and genuinely say that I thoroughly enjoyed the whole experience.
When I was at school I had many excellent teachers but two were absolutely inspiring: Mr Pickering, my third year teacher at Hythe Primary and Miss Morton (as she was then), my history and politics teacher at Folkestone Girls. I still remember them and their classes (for example Miss Morton’s chalk sketch on the blackboard of the Battle of Naseby, with stick men indicating the New Model Army, redrawn to perfection in my own rough book) but whilst it is easy to remember their personalities I don’t think we as students ever appreciated how much time went into preparing for our lessons.
I know I’ve only done one class and I got a lot of help doing it. Plus explaining the role and responsibilities of an MP is not a particularly difficult class for an MP to take. But I do feel like I got a tiny insight into what it is like to be a teacher and how much prep goes into delivering a lesson to a mixed ability group of children. The hour class whizzed by and I got my timing slightly wrong on delivering to the plan; I had taken the political knowledge levels of 13 year olds too much for granted (casting my mind back to when I was 13, I don’t really recall knowing anything about politics so I fear I momentarily succumbed to the Westminster-bubble) which meant I needed to explain more than I had planned; I didn’t appreciate how hands on teaching is today, compared to when I left school nearly 18 years ago, and it is impossible to switch off for even a nano-second; and I was left in no doubt that the better prepared you are, the smoother the class will run.
I personally got a lot out of the experience and I hope the students did too. I was pleased that a number of students put up their hands at the end of class when I asked if they wanted to be an MP now they knew what one did, so maybe I didn’t do too badly after all.
Posted by Tracey Crouch at 12:02 2 comments: 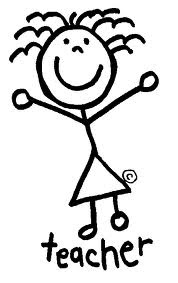 When I was a spotty, goofy, spiky haired third year at my all girls school in Folkestone we were made to stand up at the start of class and greet the poor overburdened, underpaid teacher with a monotonous and ambivalent “Good Morning Mr/Mrs/Miss X” before sitting down, opening our wallpaper-covered rough books and listening in silence whilst lessons were chalked up on the blackboard. Is it still like this? I doubt it. But tomorrow I find out as I will be doing my bit to promote Teach First Week. Over the course of the past week more than 30 individuals from business, politics, journalism and the world of entertainment have been given the chance to experience life as a teacher in a Teach First partner school.
So in the morning I will be teaching a Citizenship lesson to a Year 9 class at Aylesford Sports College and I confess as my hour in the classroom gets closer I am feeling both excited but a tad nervous about it all! Although I have a Teach First participant helping me plan my lesson in advance of teaching it, I can’t help but worry that these poor kids may one day be examined on what I’ve taught them. However, despite the fact that I will be given feedback on my classroom performance, for me the whole point of the exercise is less about my ability to inspire 29 third years and more about gaining a better understanding of how much work goes into planning and teaching a lesson. I have already learnt so much and haven’t even gone through the school gates yet! And whilst taking one class isn’t going to give me universal knowledge of either the profession or education policy, I hope it will give me enough insight to provide a positive contribution in future parliamentary debate on issues that effect either/both.
I will let you know how it goes…
Posted by Tracey Crouch at 17:25 No comments: