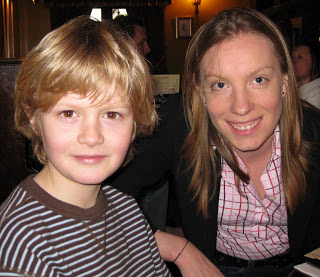 We had a huge team out today in Ditton and managed to knock on 600 doors, almost 900 people, in two and half hours. The response today was absolutely fantastic with well over 75% of those who were in pledging their support. And I think what surprised me most was how strong the support was – one lady told me that if she saw Gordon Brown walking down the street she’d lynch him! More than one talked about the huge debt that the Government was clocking up and that they were genuinely worried about what state the country would be left in – I can’t help but share their concern. I have wanted to be an MP for over 15 years and now being on the cusp of achieving that ambition it is truly frightening what mess a possible Conservative Government will inherit. But then history suggests that it is always the case – every previous Conservative Government has had to pick the country up from its knees after Labour has left power. Anyway half way through our session this morning I suddenly got major deja vu! We knocked on the same street that two years ago I met an angry wasp and two men in their underpants – I pointed out to our man with the clipboard the houses and refused to go and knock again out of sheer embarrassment!! Today there were no wasps or underpants – just a few people in their pyjamas, carrying awesome amounts of shopping or walking some gorgeous dogs. Plus as part of our bid to start them young, we had our newest and youngest helper Freddie out helping – he thoroughly deserved his chips at lunchtime, but then I think we all did!
Posted by Tracey Crouch at 18:42 No comments: 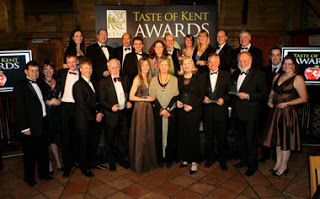 Well done Blue Bell Hill Apiaries for winning the much coveted Kent Food Producer of the Year at last nights Taste of Kent Awards. Given everything beekeepers are going through at the moment dealing with a disease that is killing off our native bees, I am sure this award meant a lot to Norman and the team. Congratulations!

Posted by Tracey Crouch at 18:59 No comments: 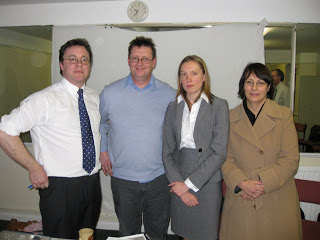 A large number of residents attended last week’s Aylesford Parish Council and demanded answers on protection measures being taken in the village following the recent floods in Bush Row. I wasn’t at the Parish Council but a number of residents asked if I could do anything following the meeting and so I contacted the Environment Agency and asked if they would come and meet local residents to explain what is being done to prevent future flooding in the village. The meeting took place at the community centre tonight and around 40 local residents attended to listen to, and question representatives from the Environment Agency, TMBC and also the National Flood Forum. It was clear from the meeting that communication has in the past been very poor and that this has to be a priority going forward. I and many of the residents learned a huge amount about what the EA has been doing and what it intends to do to ensure that villagers are defended from future flooding which, although can’t turn back time for those who have already been flooded, may alleviate the issue going forward.The EA have promised to regularly communicate with the village, upscale its efforts on maintenance and apply for investment in some sort of defence/protection scheme dependent on the outcome of a feasibility study. In return the residents have formed an action group which will, I hope with my help, draw up a flood plan to ensure that proper communication, contingency and resilience measures are in place so that next time we get half a months rain in a couple of hours villagers not only know what they are supposed to do but are ready to do it.
Posted by Tracey Crouch at 23:15 No comments:

Getting confused in the new estate…

With the weather being so wonderful this morning it was hardly a surprise that we had a great turnout this morning for a canvassing session in Ditton. I went to the new estate at the bottom of New Hythe Lane, which for some bizarre reason is in Ditton and not Larkfield, and after about 5 minutes of scratching my head trying to work out the logic of the estate layout had to ask the postie for help. The answer – there is no logic! Building new estates like the Lakes or Medway Court for example is fine but why can’t they build them with normal streets that are odd on one side and evens on the other, or at the very least are consecutive. This new estate zig zags, jumps from houses to flats, and then one road merges into another without a sign to help explain. Nightmare! Anyway at least the reception on the doorstep was good – I didn’t get one person say they supported the Labour Party and most can’t wait until the election is called. I came away with a few local issues to deal with but on the whole feeling very positive.I then went for lunch in Larkfield with some local residents before heading up to Princes Park for an afternoon thank you “drinks and nibbles” with some helpers. There is a busy year ahead of us so it was good to meet some more supporters who are vital to the success of my campaign. Unfortunately I could only stay for an hour and half because I had to return to Larkfield for a meeting about a local issue that has been raised with me by several people in the same street. Looks like when I get back from watching the girls play football tomorrow I will spend the rest of the day writing letters!
Posted by Tracey Crouch at 18:42 1 comment:

I’m back! My apologies for the short break from blogging. My dad rang me to check I was still alive so thought I would explain the lull…The last time I wrote was the day before the snow came. I love snow and had to contain my excitement on the Sunday night when I thrashed my other half at a snowball fight but having struggled into work the next day (in my wellies and suit!) it became more of a chore rather than the fun it should have been. The wellies and suit look continued throughout the week, football training was cancelled, and then on the Thursday I fell over on the ice – bruising my thigh and jarring my left shoulder. But being right handed it wasn’t until I got in the car on Saturday morning to go canvassing that I realised how much my arm was hurting and could barely change gears. And as if that wasn’t bad enough we had picked the only part of the constituency that still had snow on the ground to canvass so having slid along the paths to meet each other we decided to call it off so I went with Cllr David Brake to his surgery instead before heading back home to feel sorry for myself. I then didn’t go to watch the girls play football on the Sunday because the arm was still sore but instead caught up on some paperwork – am getting a lot of casework now which is fantastic. The arm is better now and so I went to training on Wednesday. I was glad to have been able to go because the whole club had a minutes silence at the end of the training session in memory of a 14 year old boy whose family are heavily involved in the club and who tragically passed away over the weekend. Many of my girls knew him and were in tears after the minutes silence. Some balloons were released into the dark sky and it was all very moving. I always find it so sad when children pass away but the club is going to do some fundraising for Clic Sargent both in Aaron’s memory and to help others who unfortunately will need the same kind of support as he did in his last few months.I took the day off work yesterday and spent the day meeting people about various issues and today we are having a break with canvassing so that we can spend the day with our loved ones…and not interrupt other people’s day with theirs! I am doing the cooking tonight so if I don’t make football tomorrow due to food poisoning we will all know why!!
Posted by Tracey Crouch at 11:53 2 comments:

We took a day off from canvassing yesterday which was great because not only did I have a load of new house bits and bobs to organise but I had some constituent casework to follow up. However last night I managed to down tools and head to Burham for the Conservative branch quiz night in the Old School Community Centre and although we arrived late after picking my friend Lucy up, we somehow managed to win! Now all those who are actively involved in politics reading this will know that this is a major faux pas. Although I am duty bound to turn up, pay my entrance fee, buy £5 worth of raffle tickets and say a few words of thanks at the end, under no circumstances should I win the quiz.
I am slightly scratching my head as to how we won – not only did we completely muck up our joker (double points) round of sport – but we didn’t fare too well on the Family Fortunes round either (who’d have thunk that the top 4 answer to “name something other than fish and chips that you can buy in a fish and chip shop” isn’t a sausage!!!).
Anyway I gracefully accepted the top prize of 6 bottles of wine on behalf of my team and then to their horror donated all 6 to the raffle (which I can’t win either). It was a great evening which was well organised and expertly compered by Cllr Roger Dalton and it raised some valuable funds for the campaign.
Posted by Tracey Crouch at 10:37 1 comment: