I took today off work and joined Conservative colleagues from across Medway for Freshers Fayre. Today was sports club day and our stand was positioned in between the hockey and cricket stand and across from the netball. There was a lot of ball play going on between the stands and although it was fun trying to dodge cricket balls it was also quite interesting talking to the students. Most would say they aren’t interested in politics but once you ask them what they think of the bus service, or crime, or litter they soon realise that they are very interested in politics but just hadn’t labelled it as such before. The strangest moment of the day was when Communities Minister Shahid Malik was being shown around the Fayre and the organisers stopped to explain something to him right by our stand. Shahid was very cool and came over to shake my hand but his advisers looked very nervous and were desperate to get the Minister away as soon as possible! After leaving Medway campus I had a meeting with Cllr Nick Chard at Kent County Council about, amongst other things, trying to resolve the problem of traffic on Lower Lunsford Lane. I hope we will get some kind of closure on this issue soon.
Posted by Tracey Crouch at 21:45 2 comments:

The Times has a very scary article on the front page today. For a taster these are the three opening paragraphs:
Britain is clocking up debt at a rate of £6,017 per second as the Government struggles to balance the books. With tax receipts plummeting because of the recession, state borrowing grew by £16.1 billion last month — almost twice the entire budget for the 2012 Olympics.
Net borrowing for the first five months of the financial year stood at £65.3 billion, compared with £26.1 billion at the same stage last year. Total borrowing soared past the £800 billion mark for the first time and total state debt as a proportion of national output reached 57.5 per cent.
Just to pay the interest on its ballooning debts the Government must find more than £30 billion a year — about £500 for every man, woman and child in the country.
This is incredibly bad news. It is quite clear that the UK’s finances are in a shockingly poor state thanks to Labour’s total mismanagement of the Treasury books over the past decade. The whole debate around who is going to cut what after a General Election is beginning to miss the point – control over public spending needs to start NOW not in 9 months time!
The full article can be found HERE.
Posted by Tracey Crouch at 19:51 No comments:

Thank goodness for Saturday night TV! Am sitting watching Strictly Come Dancing with my feet up drinking a cold glass of wine after an excellent delivery session this morning in Lordswood. We had a small team of 6 out today but still managed to get over 1500 houses delivered before lunch (thanks guys for the help). I don’t know what I am going to do in 10 minutes when the X Factor starts…
Posted by Tracey Crouch at 19:44 No comments:

It is deeply regrettable that Medway Council today decided to close St John’s and Ridge Meadow Schools in Chatham. The consultation was as a consequence of Government legislation which forces a review of schools who have falling rolls and both St John’s and Ridge Meadow fell into this category. Nevertheless both schools achieve good results and were contributing to educational excellence across Medway: it is therefore a shame that this decision has been made.I am not the kind of person that likes to play party politics with a child’s education and so I have always made my representation on these proposals in private. I had made it very clear to the portfolio holder that I believe both St John’s and Ridge Meadow to be good schools with a strong community base, something that is often under-estimated and devalued in our current education system. I firmly believe that if we don’t get primary education right, then we end up playing catch up throughout the rest of a child’s education. This is not only unsatisfactory from a learning perspective but also costly. I was also concerned that these proposals are being considered at a time when Government spending on capital projects is being examined in detail and as we know from leaked documents earlier this week that spending could potentially be frozen in light of the huge national debt that this Labour administration has built up. I remain extremely worried that the schools will be closed on a financial promise to invest in other schools which may then not happen. If this were to occur, our children will end up being educated in over-subscribed schools with an infrastructure unable to cope with the demand. I am deeply passionate about ensuring that children across Chatham are given the best chance in life and fundamentally believe that the way to do this is to provide first class facilities, the best teachers, and an environment where they can thrive. Both St John’s and Ridge Meadow, in my view, have provided such a base and so I am not going to pretend I am anything other than disappointed with the decision today.
Posted by Tracey Crouch at 20:00 4 comments:

First game of the season

The new football season kicked off for Meridian Girls today. I am now manager/coach of the Under 12s having started as coach with many of the same players in the Under 10s – oh how time flies.As you progress through the age groups the game development begins, so this season we play 11-a-side instead of 7, on bigger pitches with larger goals and for a longer time each way. Today we had an away game and an early kick off which was a bit of a shock to the system for those of us who have enjoyed their Sunday morning lie in during the summer break!Our 10 girls (yes we were one short) battled hard against Gravesham and only really lost it in the last 5 minutes when the team understandably began to tire. No points but a happy manager, some very proud parents, and 10 exhausted girls who will no doubt sleep very well tonight!!
Posted by Tracey Crouch at 15:34 No comments: 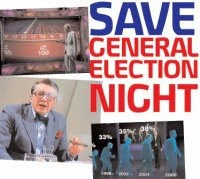 I am delighted to see that at the next General Election the votes for the Chatham & Aylesford Parliamentary constituency will be counted on the Thursday night and not on the Friday like some other areas. General Election night is sadly under threat which is bad news for voters, politicians and broadcasters alike. You can join the Facebook Campaign to save General Election night HERE.
Posted by Tracey Crouch at 15:28 No comments:

Back in the swing…

The holiday is definitely over!
This morning I met up with members of the team to deliver my new magazine People Talk. It was a hot morning but having put on half a stone over my hols I volunteered to take on some of the steeper areas of Princes Park thinking it would be good for me. Half way through whilst trudging up the 7th house in a row with 15 steps up to the front door, I began to regret my early morning enthusiasm. Ham, egg and chips and two cold glasses of coke at Mickey’s Dinner made me feel better though!
Posted by Tracey Crouch at 16:39 No comments: 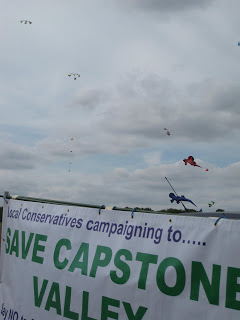 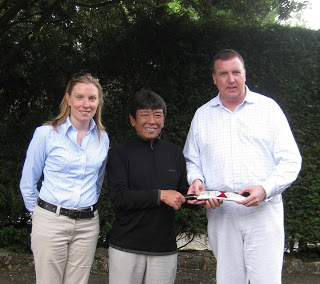 Posted by Tracey Crouch at 20:26 No comments:

Now that I have done two suitcases of washing and hung it all out on the line, cleaned the fridge after finding something that once resembled an onion, unpacked the food shopping and popped out to buy a raffle prize for a fundraising event in Aylesford tomorrow, I can sit down and reflect on what has been happening whilst I’ve been away.Obviously the first thing to do is to say congratulations to Tashi on his fabulous by-election win on Thursday. Luton & Wayfield has not had a Conservative Councillor for over 40 years and so it was a historic victory and one that I do not think local residents will regret. I went canvassing with Tashi a few times before I headed off to France and I genuinely believe that if he applies the energy and enthusiasm to being a councillor as he did on the doorsteps then we will see some pretty swift improvements in the area. Tashi has said he will work closely with Cllrs Tony and Val Goulden, two former Labour Councillors who I like and have previously worked with on a local issue and who now sit as Independents after being cast aside by the local Labour Party. Local Tory blogger Alan Collins carried a post on their resignation but the most interesting part of the post is the comment from Tony and Val’s daughter giving the real story. When I heard the news about the Gouldens I rang and left a message on their answer machine – not to gloat or to dig further but simply to check they were ok. Leaving a party you’ve fought blood, sweat and tears for must be an extremely difficult thing to do and Michelle’s comments make it clear how hard it has been for the whole family. So now Luton & Wayfield has a Conservative Councillor ready to work hard and will no doubt get a huge cheer when he enters Gun Wharf next week.Speaking of Gun Wharf, the excellent “Tales from…” blog by Alan Watkins has returned after a short break (no pun intended) after being ordered to rest after he broke his leg. His misfortune led to one of the funniest out of office messages I have ever read: I am currently signed off until August 24 due to a slight contratemps with a carpet, a doorway, a carrot and (subsequently) a surgeon. The mind boggles…Now I’ve blogged, drunk my coffee and checked out the local news it is time to turn my attention to the 350 emails blinking at me in my inbox – and these are candidate related ones – I daren’t turn on my work blackberry! Think I need another cup of coffee…
Posted by Tracey Crouch at 15:58 3 comments: