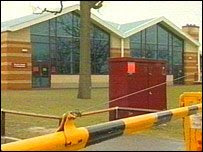 Before heading of to the meeting in Aylesford I was extremely disappointed to learn that the owners of Buckmore Park, Avondale South East Ltd, have gone into administration. The sports complex cost over £15m when it was first built and has had several million pounds of lottery funding in order to help it open but was forced to close in 2003.
It is such a shame because the site is fantastic and with over 230 acres and with close links to the M2 and M20 could easily have been used for the London Olympics. However it has thus far been overlooked and now its future is in doubt. Thankfully both the Scouts and the Kart Track have existing leases which enable them to continue to operate.
My worry is that the site will be sold to housing developers and yet again another of our last remaining green spaces will be fast-tracked into helping deliver the extra 3 million homes this Government wants to build. I sincerely hope that this is not the case and that a buyer can be found who is willing to use the site as a means of providing sporting facilities for local residents.
Posted by Tracey Crouch at 22:50 1 comment:

This evening I attended a public meeting in Aylesford regarding the upgrading of noise barriers between Junctions 4 and 5 on the M20. Previously the Highways Agency were intending to progress with works with very little consultation with local residents and were proposing to remove much of the vegetation between the motorway and the barriers. This has now been dropped thanks to the hard work and persistence of local councillors Dave Smith and John Balcombe, as well as the huge protest from residents. Now it appears that only a few trees will be felled although some will be subject to coppicing. Depending on how quickly the proposals are agreed work could begin in the next few weeks, otherwise with Christmas looming the work will be postponed until January.Further work on the planned improvements can be found HERE.
Posted by Tracey Crouch at 22:42 No comments:

New season. New kit. New shirt sponsor. And a 3-1 victory! The under-11s kicked off the season by coming 1 nil down to win. Leah scored a hatrick and pocketed £10 in the process from one of the dads!! Well done girls.
Posted by Tracey Crouch at 16:58 No comments:

The story behind Luton Memorial Meadow

A few months ago I went to the dedication of Luton Memorial Meadow and a moving occasion it was too. Today, in advance of the Mayor’s visit on Thursday, I went to see Don Philips who, along with a few other veterans has single handed made the memorial meadow what it is. We spent some time together this morning looking through his photo album which rather brilliantly tells the story of its evolution from a field into a beautifully landscaped place to commemorate fallen soldiers from the Luton area. Not only has there been a lot of physical help but a number of kind donations from local Lordswood and Luton councillors, as well as private businesses.There is genuine concern locally that the memorial meadow may become a victim of the obsession by central government to build houses on almost any remaining green space in the South East, but hopefully with common sense from Medway council and the huge support of local people (as well as the meadow’s most famous supporter, Dame Vera Lynn) any kind of threat to the future of the memorial would be quickly seen off. I would like to see this kind of area protected so that future generations will be able to pay their respects to those who lost their lives in the name of freedom.
Posted by Tracey Crouch at 20:03 No comments:

Apologies for the lack of posting – I have had a few Internet problems which I have now managed to sort out. On Wednesday I returned to football training with the now-Under 11 Meridian girls team. The team from last year have been split due to their ages but the Under 10s and 11s still train as one unit so it was good to see everyone after my month’s break. I am not sure if it was me, or the bag of sweets I took that made them appear pleased to see me too!! After training I headed around to Cllr Gulvin’s house for an update on the issues in Princes Park – her and Matt are doing a great job working hard for the local community and by all accounts had a busy summer as reported on their website.On Thursday I sat in the public meeting at Chatham South School, hosted by the Council, regarding the proposed merger of Chatham South and Medway Community College into a new Academy. Many parents have already raised their concerns with me, which in turn I have spoken to the Council about, but it was clear from the public meeting and despite the supportive comments of Chatham South’s excellent Headmaster that they remain deeply unhappy with the proposal. The Council is going through a full and open consultation process which is due to complete by the end of the year. Details of future public meetings can be found HERE.Yesterday 18 people turned out to help canvass Luton and Wayfield, a previously strong Labour ward in the constituency. Between us we managed to knock on around 2000 doors and the reception was fantastic. Whilst the Labour Party continues to fight amongst themselves it is ignoring the fact that people are fed up with high taxes, the rising cost of living and falling house prices. I spoke to one gentleman at length about the difficulties his small business faces, another about his concerns on immigration, and a lady about problems of anti-social behaviour and crime – she had just had her pot plants nicked from her front garden (why would anyone do that?). After a morning of hard work we all went to the pub for lunch where the landlady was telling me how difficult they are finding it at the moment. The extra 4p on a pint meant that people are not buying as much but she said it was the smoking ban that was “killing” them. Whilst standing at the bar another chap started to tell me about how he’d been forced to spend his hard earned savings to convert the downstairs of his home for his disabled son because he could no longer carry him upstairs. He hasn’t received any financial help and felt “diddled” because he sees so much abuse of the welfare system by others less in need – you only have to open the newspapers to see where he is coming from.This morning I was back in my tracksuit and off to our home pitch for a friendly, after our first game of the season was cancelled due to Ebbsfleet not being able to field a team. It was the under 10s v under 11s and it finished 3-3. One of the managers thought it would be fun to decide the match on a penalty shoot out, which the under 11s duly won! Both sets of girls played brilliantly, although we all came away thinking there is still a lot to work on when we return to training at Holcombe on Wednesday. Now off to the in-laws for dinner…
Posted by Tracey Crouch at 13:47 No comments:

Burham – Kent Village of the Year

Congratulations to Burham for winning Kent Village of the Year. Thanks to the hard work of the Parish Council and local residents, Burham now goes through to the national final of the competition!
Posted by Tracey Crouch at 20:35 No comments: